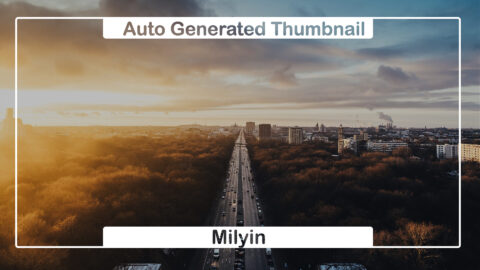 It was a cold night and dark night. It was as if the moon had been stolen from the sky. The waves threw the large ship back and forth violently. A deckhand by the name of Antonio ,was throwing up whatever god forsaken food he had last eaten. For a sailor he had a rather weak stomach,because of this he was often singled out on the ship. Many endless nights of contestant berating,but he didn’t mind. Mentally he was strong ,Physically he was useless.

Suddenly a large wave hit the boat harder than any other. At the time Antonio had still been over the edge. Within seconds  he was thrown Into the air and even harder into the water. Hitting his head on what he believed to be the side of the boat,he passed out.

Hours probably days later his eyes fluttered open .he lay in a cold dungeon like room with only two other men. He was almost certain he had died and gone to purgatory possibly even hell. Little did he know what he was about to be put thru in well under a month,would be a fate worse than death.

Rather quickly and brashly the few other males in the room told him of what was to come. He could feel his bones shaking within his body. Unsurprisingly he puked on the cell room floor at the very thought of this.  He felt as though his soul and mind had left his body. Knowing the terrible fate he was to await. He soon found a small notebook as well as a pencil. Deciding he needed to keep him thoughts somewhere,try to make sense of this in any way he could.

My heart is pounding out of my chest for you see I received some rather damming news this morning. After falling off the ship and passing out I presumed I would end up on a lonely island to die alone. Although it seems I will still die it won’t be at all because of starvation.i will be shot dead by a man who I have never even meet. If this journal is ever found please give it to my dear Elizabeth. So our unborn child may one day know of me.

The nights here feel endless,the days seem even longer. He makes us exercise at least for an hour a day. He feeds us well. This man must be more twisted than I can fathom. When the light of the early morning shown thru the one barred window, the shadows of my sleepless night faded and we all noticed something dreadful. A man by the name of Marcus has seemed to been the victims of a sick and twisted hunt.he did nothing to deserve this. He was a kind young man ,only 22 . He was ten years younger then me. He had a stunning wife at least from what he told us. He told amazing stories of his adventures. I didn’t believe them to be true,but he kept us smiling and joking. All hope seems to be lost.

Another man is missing this morning. It seems one is gone every day.  We have lost 9 men these past days. One who died the day I arrived. I had never met him but was told of his life.          Life seems stopped,frozen

A sick beast torments us

As if we are without emotion

He likes to watch as the blood leaves our.          bodys and we choke on our own souls

I truly have lost track of the days. I don’t believe it is any longer february.i don’t even know if it is the same year. I hear loud noises today. No one has yet died. My hair and beard have grown to my pecs. I haven’t taken a shower for what feels like years. The light is painfully as I see the cell door open.

This will be my last entry,not because I am about to be hunted, but because I am home. Safe,home. I wish my friends who lost their lives had made there way back but only one body was found. I did not know the man but i was told it was a man by the name of jośe. My love and prayers go out to those whose husbands and fathers died. Who’s sons will never once again laugh or speak. I deeply wished we had been saved sooner. I was told the day we were saved was suppose to be the day I died. I don’t even believe i would run. There would be no reasons to. The world is as twisted as a snake ready to attack, but for now I stay alive with my dear Elizabeth.

Antoni lived until he was 55 ,this being a good age for men of the time. Him and his loveing English bride Elizabeth had three children. Annmarie (20), her twin brother,Antoni jr.(20) , and the youngest , Jane (18)