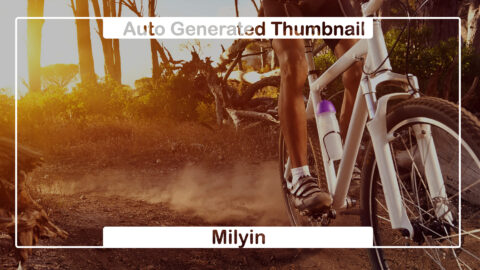 It was a cold autumn morning that seemed to effectively chill Jameson to the bone. He still smiled as he made his way to his favorite coffee shop, to get his favorite tea that he had every morning, served by his favorite baristas “morning Jameson” the male behind the counter greeted as Jameson’s smile spread and he waved at the Barista that greeted him every day.  The way his soft hair wrapped up in a tight bun on his head, his soft skin, and sharp chin, the gentle brown eyes that could easily entrap anyone, the gentle lips with a slight pink and his slim yet fit build. His name tag read “Alex”, he was a little taller than Jamison and his voice was softer than the morning dew.

” morning Alex,” he said as he began his order, it was the same every day, a hot green tea with lemon and one chocolate chip scone. Alex had his order memorized and could have made it without him even asking for it. Though Alex liked hearing the male talk and would wait for every last letter to leave his mouth before he would begin to make it. Jamison took a seat after paying and waiting for his order. When it came he sipped at the hot tea and took a bit of the fresh scone. This little everyday routine never got old. He would take his time so he could ponder at Alex’s stunning beauty a little bit longer, but soon he left, leaving a generous tip for the male as he went to work to start his day.

He could never get Alex out of his head even in the middle of the ‘exciting’ bored meeting. Even as he filed papers at his firm he could not stop thinking about him. he was a lawyer and one day he got a strange case, about gay rights, at this time it was illegal to be gay and Jamison was scared to take the case. He couldn’t take it in fear of being out but he really wanted to defend whoever was being discriminated against. He couldn’t sleep that night and even took the file home.

The very next day when he brought it to the coffee shop Alex could tell Jamison was stressed and decided to come over and console him. “What’s wrong Jamison?” He asked in his usual soft voice.

James didn’t want to awsere him at first. He didn’t want him to think any less of him, but he didn’t want to be rude either “it’s just a tough case that I don’t know if I should take or not” he said as he looked down at the table not even drinking or eat the food that he got everyday. Before he could thank Alex for the concern the male gave him a gentle hug .

Alex huged him for a while,befor pulling away “I know you will make the right choice” those words made Jamison decided he needed to take the case. Even if it would be bad for him it would be best for society, though it may not be useful for hundreds of years he knew it was best for humanity if he took the case. He thanked Alex quickly before leaving to get to work. Not even taking his stuff with him.

He got to work on the case that day and didn’t stop to sleep or eat. The court day was aporching soon and he had to try and win it. Though the cards where not stacked in his favor and he lost, he lost hard and fast. He wanted to drink. He spent ten months of not leaving his office as much as he could to try and win that case, he went to the bar that night for the first time in years. He felt like his life was over in mer hours, but then he saw Alex. Next thing he knew Alex was walking over to him with a small smile. Alex sat beside him and gazed into his eyes with a look jamison was confused by. It was love, with a little bit of worry because they had been separated for so long.

“I’v missed seeing you every morning” Alex said as James nodded in agreement, he missed him two. It was like living hell without him. Alex was a little more worried where as the male was no vocal.