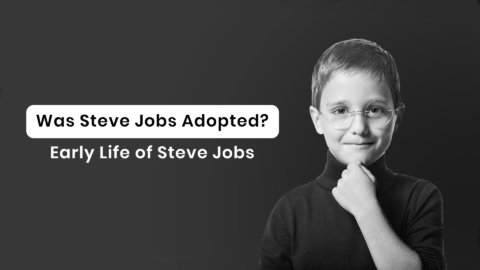 Steve Jobs is best known for his work at Apple and Pixar and is considered one of the greatest businessmen and visionaries of all time. But his life didn’t have an ideal start.

He was an adopted kid. Steve Jobs Real Parents were Joanne Schieble and Abdulfattah Jandali.

Who were the Steve Jobs Adopted Parents?

Joanne Schieble and Abdulfattah Jandali were two University of Wisconsin graduate students who were in a relationship at the age of 23.

They were unwilling to have a kid, yet one fine day Joanne got to know that she was pregnant.

Yes, you guessed it. Joanne had conceived Steve Jobs.

They knew before the delivery that the kid needed to be given up for adoption. The only condition they kept was that the parents needed to be college graduates. The stage was set to have Steve Jobs adopted by a lawyer family.

On 24th February 1955, Joanne gave birth to a boy. On that day the lawyer family backed out and decided they didn’t want to be Steve Jobs Adopted Parents.

This was because they wanted a girl, and Steve Jobs as you probably know was a baby boy.

The irony is that like his parents Steve also at the age of 23 had a kid before marriage, who was Lisa Brennan Jobs.

Joanne had set a condition to get Steve Jobs Adopted, which was that both parents were supposed to be college graduates. However, Paul and Clara Jobs were not graduates.

They had to promise Steve Jobs real parents to take care of his education and get him to the college of his choice. Steve Jobs was finally adopted.

So Was Steve Jobs adopted? Yes, Steve Jobs was the biological son of an unmarried couple Joanne Schieble and Abdulfattah Jandali, he was set to be adopted by a lawyer family that backed out at the last moment, and Steve Jobs landed in a family of Paul and Clara Jobs upon being born on 24th February 1955.

This would turn out to be really expensive for the middle-class Steve Jobs adopted parents, as years later Steve Jobs would demand to go to one of the most expensive colleges costing them a lot of money, and would eventually drop out of it. He would never complete his graduation. 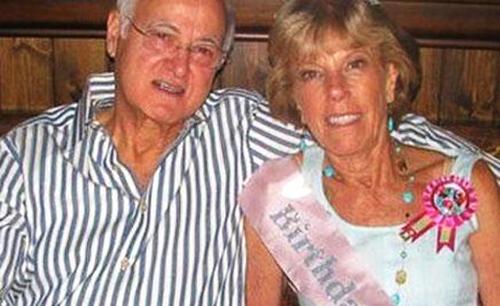 They gave birth to a daughter, that would eventually become a best-selling novelist Mona Simpson. Steve Jobs real parents divorced in 1962.

Steve Jobs’s real sister would not meet Steve Jobs for over 20 years. Ever since Paul and Clara Jobs got Steve Jobs adopted, they enjoyed spending time with his family, however, he was a bit curious about his real parents too.

Steve Jobs loved his adoptive parents, he was never too concerned about his biological father, but he wanted to know the well-being of his biological mother.

In the 1980s when Steve Jobs was rich and successful. He was becoming popular. Apple was fast growing, and threatening IBM’s lead in PC Market.

Steve Jobs was flying with the release of Macintosh he had done the unthinkable by challenging the legacy Comand Line based machines.

After those times of success, came time when he left Apple and had lost his adoptive mother, this was the time when he started to hunt for her real mother, and found her, along with her biological sister.

Steve Jobs soon got really well attached to Mona Simpson, and they both shared lots of ideas and were closely attached. Mona Simpson also met Steve Jobs’ real father. Steve Jobs refused to meet his real father and asked his sister to not mention him.

However, some sources revealed that Steve Jobs’s real father owned a popular restaurant and Steve Jobs had unknowingly been there a couple of times.

Steve Jobs and Mona Simpson enjoyed each other’s company. One thing common between them was their love for going on walks. 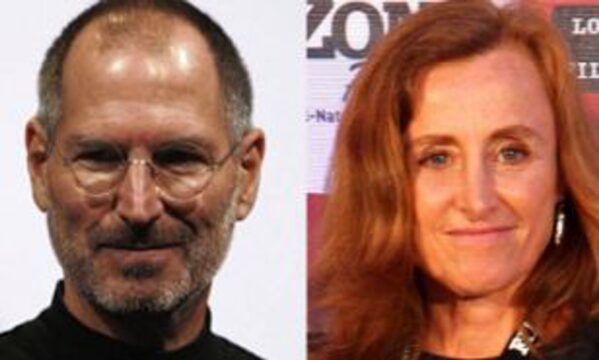 When they met, Steve Jobs was a well-known name and was rich, while Mona Simpson was still establishing her name.

Mona Simpson knew close to nothing about Computers. Mona Simpson didn’t talk much about Steve Jobs’s adoption, but she got motivated to find her real father.

Steve Jobs could be wired too. Whenever he saw a man he thought a woman might find dashing, he called out, “Hey are you single? Do you wanna come to dinner with my sister?” (source: A Sister’s Eulogy for Steve Jobs)

Mona Simpson recalls that he had his own taste, however bad may it be. He would go through 67 nurses before finding the right one when he was going through his treatment. He would get multiple styles of oxygen masks to get the best-suited one.

He would think about better designs for hospital machines and equipment.

At the age of 5, the parents shifted from San Fransisco to Mountain View, California. The Jobs house and the others in their neighborhood were built by the real estate developer Joseph Eichler, whose company spawned more than eleven thousand homes in various California subdivisions between 1950 and 1974.

Steve Jobs adopted parents never hid from him the fact that Steve Jobs was adopted.

Besides having Steve Jobs adopted, his parents 3 years later got a daughter Patricia Ann Jobs. Steve Jobs and Patty never shared a very close bond, she is a really private person to this day she never upon up about her brother.

She helped Steve Jobs during the building of Orignal Apple I too.

Jobs is in his initial years of schooling had a best friend called Rick Ferrentino. They played many pranks. Once they hung up a notice for kids to bring up their pets the next day. The next day teachers unaware of it got totally puzzled when they saw in-school dogs running behind cats.

Besides having Steve Jobs adopted, his parents 3 years later got a daughter Patricia Ann Jobs. Steve Jobs and Patty never shared a very close bond, she is a really private person to this day she never upon up about her brother.

She helped Steve Jobs during the building of Orignal Apple I too.

Steve Jobs was taught how to read by his mother before when he started to go to school, as a result, the things he learned in school were felt boring. The teacher had to bribe him to get him to do work. Once his teacher gives him a huge pile of homework and promises some sweets in return if most of it was right.

He finished it within 2 days, which was amazing for that age of the kid. She did not have the treatment to all kids it was that she bribed Steve only.  Turns out she had seen some spark in Steve and was aware of his intelligence. She understood Steve’s caliber.

If you also want to work and complete tasks quickly, do checkout  How to Become a Better Multitasker

The bullying that Steve Jobs faced must have been too much for him at school because one day, he came home and told his parents that he “wanted to transfer schools or he would never attend school again”.

After that statement, The parents agreed and the family moved to another city, which was Los Altos, California, where he was able to attend Cupertino Junior High He Was good at doing pranks also. That too is related to electronics.