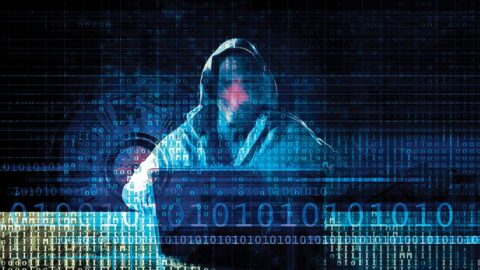 Hacking, the profession which is on the peak at this time. It is defined as the unauthorized access to the data of some individuals in a system or computer. Hacking is done by professionals known as hackers. In some places, they are also used as official hackers to access the data of something wanted by the people who appointed them.
#Hacking takes place every day where several #social media accounts got hacked by hackers and they can do whatever they want. The main reason behind this being the economic crisis in the whole world and in need of money they are making traps in order to fool people such as doubling the amount or so. And the people who are actually in need get into the traps and lose the little they have.
In the list of victims of twitter account hack there are several big names also like #Bill Gates; the founder of one of the biggest company in computer software #Microsoft, #Elon Musk; founder, CEO and chief designer of #SpaceX also he is CEO of #Tesla inc., another big name in the list is Joe Biden, an American politician who serves as a 47th vice president of #USA from 2009-2017, the list also includes #Barack Obama, the former President of USA.
Other targets of this hacking include reality Tv star #Kim Kardashian, media billionaire #Mike Bloomberg, ride-sharing app #Uber, the iPhone maker #Apple.
The fun fact about this is all their twitter account twitting about the bitcoins.
“Everyone is asking to give me back”.
Like you give me #Bitcoins and I will give you back double.
FBI: Federal Bureau of Investigation started an investigation about all this after the hacking took place.
The statement of the UK’s National Cyber Security Centre is that their officers are working on this.
Steps are also taken by twitter to stop this like:
# Having blue tick after the official accounts
# The request for password change was also being denied.
# Some other account functions also become disabled after this news.
Instagram:
This hacking also reached to #Instagram through some page named as cryptoforhealth, they posted on their Instagram handle that It was a charity attack. Your money will find its way to the right place. The real identity and news regarding this are still unknown.
We can take it lightly but if we take it seriously and think this can cause many big issues in the world like social media war in two big power countries, can spread rumors about big attack or war. This matter is not light it can cause damage to the society.
This also reached the #YouTube where the 2md account of Ajey Nager aka #Carryminati got hacked where he used to stream games like #PUBG, #GTA-V, #LAST OF US, etc. He confirmed this news through his main channel on the community post of YouTube and also on twitter.
So through this blog, I only want to share this knowledge and make you aware of all this. Please be safe from such hacking websites. Don’t share any personal information on any website or application so they can access your phone or accounts.
Be safe, Be happy.