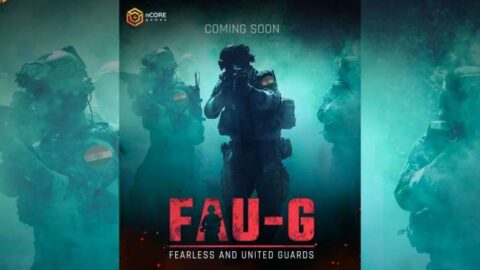 Is FAU-G Made By Shushant Singh Rajput??

After the death of SSR, there are many allegations on many people and several types of news are going on. But this news will shock you.
Some days ago, our government ban #PUBG mobile from India due to some privacy issues. And suddenly after this news, a corporation of the gaming industry launch a poster of their new game known as #FAU-G. #Akshaykumar, a Bollywood actor also confirmed it through his twitter account and also said that 20% of this game will develop through his app #bharatkeveer. That’s a very good business stroke by the company.
After the launch of the poster, people started criticizing it as a copied game. The game title is very similar to pubg and the very first poster of the game was also seemed to be copied from the blockbuster movie #URI- the surgical strike which is also based on a very big achievement of our army heroes.
Coming to #SSR news, we all know he was a very brilliant person and he also knows about coding and software related to #AI gaming.
A person name Vibhor an advocate by profession said through his twitter account that the coding of this new game FAU-G was done by SSR and his team, and many software engineers who are into game development are agreed to his tweets. He also said that after making this statement he start getting death threats from the #PR team of the gaming corporation of FAU-G. He also tweeted that if u look deep into this case there are many and many things which will shock you.
Another person who was associated with SSR named Sameer Bangra died in an accident on 14th June a few hours after SSR death. They both were working on AI gaming and also tied up with American companies to make this next-generation game and can generate 200 billion dollars in a year after the launch of the game. Another name in the list is Vishal who is the co-founder of the company with Sameer who will be going to launch FAU-G.
You can check all the tweets of him on #Twitter and there are many more things related to it that will blow your mind.
I don’t know this is true or just a rumor. And through this post neither I am not supporting anyone nor spreading hate to anyone. This all is some proof and knowledge about the game FAU-G and SSR’s case. I got all this info through the #YouTube video you can also check out it on https://youtu.be/l8_fCqBxH9E
Thank you for reading my post.
Live your Life, Live your dream. Peace Up.