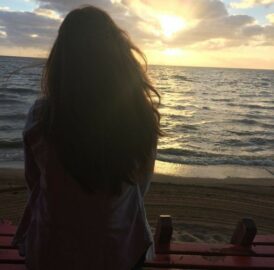 “There’s more to me than people know“

Unlike other students Siya was not at all excited to join a coaching institute quite a distance from her area. As before that, she had a lots of arguments with her parents regarding the same. Not only because she’s being aparted from her childhood friends or she never heard about that institute before that but only bcz she’s getting bad intutions from inside that something wrong would be going to happen there!!

I wish i could stop her from joining the same, but can’t. And finally she stepped into the journey that would ultimately end giving nothing but only pain, cries and many more. Initially she did that only for sake of a hope of the  promise made by his father to withdraw her from the institute, if she’ll not be comfortable there after the trial for one month.

But, no one can’t stop God from doing what he really wishes to do. As few months passed those surroundings, students were now new normal to Siya. She became familiar with all around her and even started indulging herself with more and more friends. Unaware of the fact the each of the today’s happenings would be manipulated against her(even by her closed ones) in one or the other way in near future. People often say they changed a lot, but in Siya’s case you’ll get to know that it was her never ending unfortunate luck, problems begetting cries, her inner stabbing…. it  seems a lot CHANGED her! Part 1 …Ended Just keep an eye on Siya’s misterious journey…!! It’s absolutely Fictitious! Part 2…. coming soon