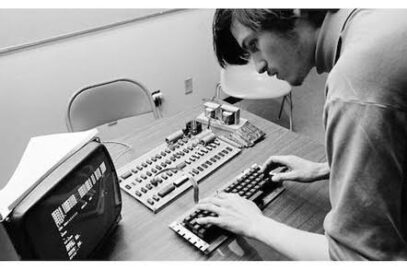 What Steve Jobs Learned From His First Job at Atari

Steve Jobs 18 months after dropping out from college found himself directionless. He was still finding some aim in his life. And was kiving it wirhout motive. At such a time he shifted to live with his parents, in hope of change and discovering something new. At that time he found a thing that excited him. In magazines during those days there were many ads for Technical help wanted ads. One of them appealed to his mind. It was from Atari with the words ‘have fun and get paid’ he got inspired and motivated. He approached to the office. He went and reached with his #unconventional style dressed in casuals. Even though he was not in standard style, infact wearing sandals, and no one liked his style. He #demanded job and refused to leave without. Employees approached the owner and asked if they shall let him in or call cops. He got intrued with Steve Jobs and therefore let him in. He liked his style and gave him Job. Though peace did not remain for long. Employees complained that he smelled bad and it was difficult to work with him. Mainly because his idea that he didn’t need to bath if he took fruit diet was a total gimmick. They complained for it, but Founder Nolan Bushnell liked him because probably he was able to charm in his eyes, or may be it was his #philosophical #attitude or may be his confidence or may be his arrogance. Whatever it may be he wanted to remain in touch with him. He worked out a way, he gave #SteveJobs a night shift at #Atari where no one else was there, and he remained away from quarrels. Not all of his coworkers shunned Jobs. He became friends with Ron Wayne, a draftsman at Atari, who later became a investor and a 10% stake holder when he and Steve Wozniak started #Apple. It subsequently failed, but Jobs became fascinated with the #idea that it was possible to start your own company. “Ron was an amazing guy,” said Jobs. “He started companies. I had never met anybody like that.” He proposed to Wayne that they go into business together; Jobs being optimistic proposed that they design and market a slot machine. But #RonaldWayne refused. “I said that was the quickest way to lose $50,000,” Wayne recalled.