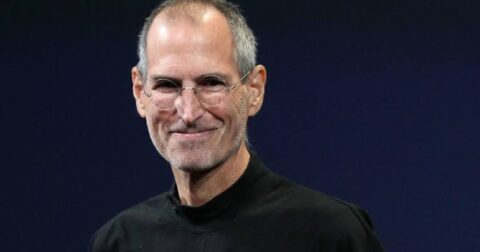 Had Steve Jobs Been Alive, Android Would Have Been Dead

Steve Jobs is known to have made greatest innovations of all times, but how far would have he gone if he had been alive.

In short if Steve Jobs had been alive, he would have worked really hard to finish Android, how far may Apple and Google had been partners, but steve jobs didn’t like when Google entered there territory.

Steve Jobs had stated,”…I will spend every penny of Apple’s $40 billion in the bank, to right this wrong. I’m going to destroy Android, because it’s a stolen product. I’m willing to go thermonuclear war on this.”

In 2001, Steve Jobs was also offered to become the CEO of Google. At that time Steve Jobs was transitioning from Next and Pixar and he was yet to prove himself in Apple. As a result he rejected the offer, and kept on developing the #iPod at that time in 2001. But he kept advicing and mentoring #LarryPage and #SergeyBrin

Later though when Google announced there own operating system, he knew that it was Google who was going against Apple. It was not simply that they entered Apple’s territory, but he considered it to be cheating.

This happened in late 2008. Steve Jobs had been great friend with Bill Gates also. Even though #Microsoft was somewhat in there territory, but #BillGates never betrayed and was loyal as a result they kept cooperating.

As stated, after Google launched, #SteveJobs was ready to do a thermo nuclear war against them, and he was the one who got many companies and products like floopy disks, s/2 serial ports, CD drives etc. out of the business.

He was totally capable of doing it, and concidered at legitimate, as #Apple had not entered Search Engine territory.  But it was his health problems that didn’t let him long enough to acheive it.