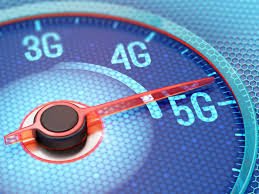 What All Can 5G Do In The Upcoming Generation Can Be Really Appalling………………..

Technology in every sphere of time keeps on just updating. Almost everyday a new one come and in some of those are the one which bring about hilarious change in our everyday life and attracts everyone towards it. Just a hint of #5G technology is one of those which can change everything. In this creation we will be talking about it and its pros and cons. Clearing doubt of everyone we will be talking more on this. In today’s world almost everyone is ware about 3G, 4G, but coming of newer version 5G can be really wonderful thing especially in this#Tech world. #Airtel was the one who launched 4G on April 10,2012. But then it was only available on dongles and modems. Kolkata, a city in #INDIA was the first one in which it was launched after that banglore and many more. Since than it bought hilarious changes in the #technology. Since it came on mobile as a network like other one, it became easy to use. But talking about 5G now,  most probably it would be launching in the year 2020. As always #AIRTEL and #BSNL would be launching it first and other related plans. As it is the 5th generation of network, it will targets high data rate. It will have 2 stages, first stage of all the project will be completed by March2019. And the second one will be completed around March2020, as the releasing month. THe second stage will be targeting on the submission of project of phase1 to the #ITU(International Telecommunication Union). And most awaiting all the new features of the so called 5G network. It would be providing approximately more than 10GB per second of data rate. AS comapred to 4G and 4.5G its improvement rate would be more than 10-100x better than both of them. And with this speed everyone one would be curious to use it. It would be consuming 90% less energy usage. The advanced billing interfaces of 5G technology makes it more attractive and effective. In all everything would be prior to all old technlogy. But as everything has its advantages, it has its disadvantage also. Same with this. most common one are listed below:

1)However, 5G will cost more to implement and while the newest mobile phones will probably have it integrated, other handsets could be deemed out of date.

2)A reliable, wireless internet connection can depend on the number of devices connected to one channel. With the addition of 5G to the wireless spectrum, this could put us at risk of overcrowding the frequency range.

3)The problems with 4G and even 3G aren’t exactly filling us with the hope of an immediate super fast connection.

4)For a long time (and still even now) certain handsets and areas of the UK don’t support or can access 4G connections, so the rollout for 5G is likely to be very patchy.

But anything cannot be judged until its in front of us, which means that until its launched. Many people will say many thing about it, but let it come and than can say anything good or bad about it.