We Are Going To Get A MARVELS AVENGERS GAME And Its A Lot Different Than You Think. 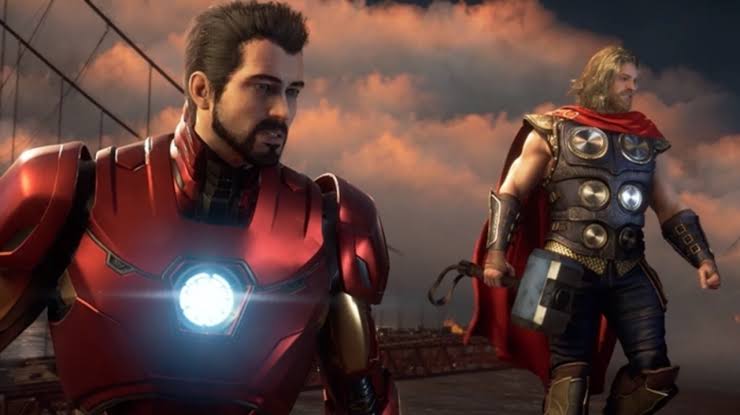 One of the major announcements in this years E3 was #MARVELS AVENGERS GAME. It will be released in 2020 and its very awesome. This new #AVENGERS game is made by #square enix. Marvel said that we would be able to explore every BIT OF MARVEL COMIC UNIVERSE, they also said that its not based on any of the #avengers #movie so we have the #opportunity to create our own #story . The character designs are pretty awesome and the #graphics are #OUT OF THIS #WORLD . Character designs are great except one, #GOD OF LIGHTING’S #DESIGN IS A LITERAL #SHIT . Thor’s costume is very bad it seems like he is wearing #pans on his costume and he looks a little bit fat. Marvel also said that we would be able to change costumes of characters and each character is having a different #skill tree so its a pretty awesome thing. Its a single player game but can be played #multiplayer upto 4 people at certain points.

I think #Marvels #avengers would be a open world game in which we can change characters for every #mission . Marvel also said that it was very difficult for them to make a different skill tree for every character that suits their #personality and #superpowers . The thing that excites me the most is that we can explore every bit of marvel comics #world this means that each player can have a #different #story based on how they #create it.

All we know about the plot is that #captain #america dies and avengers disband but after few years a new threat comes and only hope is to gather #avengers .

It is clear that its going to be a great game but we will have to wit till may 15, 2020 for its release.

Read about a explosive game:Kick some ass in borderlands 3

previousHow is it Like to Work at Apple in 2019
nextVIVO APEX 2019: IT’S A FUTURISTIC GADGET : BUT AT IT’S CONCEPT