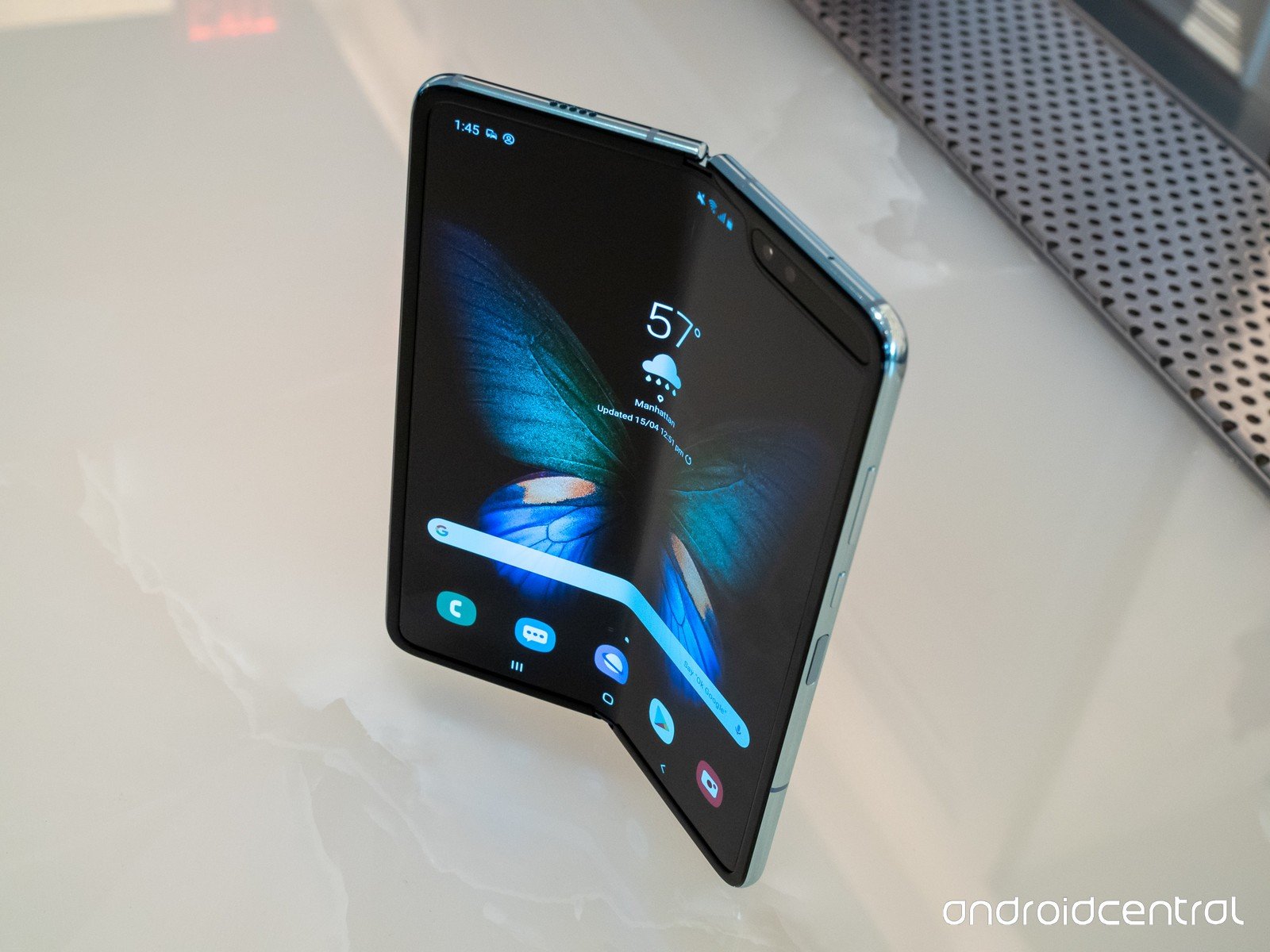 Samsung Galaxy Fold 2019 is Samsung’s Newest innovation in Display technology. A phone that unfolds into a tablet. And then folds back into phone. There is no hinge and the display itself bends making the transition seamless. Thoughts on Samsung Galaxy Fold 2019, also include the fact that the fold like a folded paper has a crease.

The #Samsung Galaxy Fold is a amazing device and there has been no device since the first iPhone that created more hype then this. May be it is not that great product, but anyone holding the Samsung Galaxy Fold 2019 in hand definitely generates a interest in people for “what is it that you are holding”

Samsung #Galaxy Fold in its inner side has a large screen and even though Samsung bypassed notches in there Galaxy S series but the Samsung Galaxy Fold definitely has a notch and it is large.

My thoughts on Samsung Galaxy Fold 2019 largely are moved by the fact that it has 6 cameras. Almost all tech reviewers have talked about the fold but we have underestimated the camera versitality and capability that it provides. 3 cameras on back and 3 cameras on front.

The thoughts on #SamsungGalaxyFold 2019 have one of the biggest disappointment is the screen that is on the outer side. There is a #screen at outer edge of the Samsung Galaxy Fold the 2019 that can be seen and used when phone is folded in half.

This screen can be used to do some quick tasks or to answer a call from the interface. The screen is too small and narrow, moreover it has huge bezels ok top and bottom. May be it is due to technical difficulties or may they wanted to give a decent screen to body ratio.

My thoughts on Samsung Galaxy Fold 2019 will definitely appreciate it for the software thar ensure a seamless transition between the front and back screen, the moment you unfold the screen, the inner screen lights up instantly. It would have taken lot of hard work to ensure that screen lights up as soon as it is unfolded. If you have any app open on one screen moving onto other screen will greet you with the same app open and also scrolled to same position upon shifting screens it is a brilliant effort and very well done implementation

Some people are already fearful of the display, for it failing. And in initial few days only we have seen many reports of displays breaking. Thoughts on Samsung Galaxy Fold the 2019 will definitely include the fact that, they use a extra layer of plastic, on screen to support the display, people thinking it to be a screen protector are peeling it off, that leads to screen getting broken. Some new phones have also observed some dust getting into the display making it unfunctional.

Though every new technology has glitches but it could be very well mentioned and warned in instructions to not peel the plastic covering because it is important for functionality. Else it is always a courageous move for any company to bring forth such a different product and take a risk.

Further iterations and improvements will definitely improve the product and better the thoughts on Samsung Galaxy Fold 2019. #Google has already told that they will work to support software for foldable form factor in the newer versions of #Android .

One of the biggest criticism of Galaxy Fold is the price. With price little less than $2,000 it is a really expensive. Now agreed it is a costly technology and lot was spent in research and development but still it is quite expensive. The price could have been well justified in my thoughts of Samsung Galaxy Fold if it was around $1,500.

Thanks for Reading, Warm Regards, Aditya My Latest Article 17 Secrets to Know: How I optimized My WordPress Site to Load in 927ms.
Tags:#Android#Galaxy#Google#Samsung#SamsungGalaxyFold#screen