THINK, OR ELSE THAT TONGUE WILL BRING TROUBLE!!!

The wisest have known that the most dangerous organ in one’s body is the tongue. If not reined in, it can do the worst kind of damage. And if held onto right, it can be the best asset….

Have you ever gotten angry with someone over what they had said? Have you ever yourself felt the regret of saying something you later realised you should not have? We all have been in such situations. Words carry a lot of power. They cannot be touched but they felt, that too very deeply. More than how a person looks or walks, her/his personality is shaped up by what she/he says. Is it not the tongue then, the most important organ of body?

#Reckless words can do damage of unknown extent. They can bring down a person and subject her/him to humiliation and ridicule. They can wage wars, break families and even lead to self-destruction. On the other hand, well-thought out expression attracts admiration and trust. Take the comparison often done between the former US President Donald Trump. Obama’s intelligence and appeal reflected in his well-crafted words while Donald Trump, despite being an acclaimed businessman, continues to be criticised for the verbal excess which accomplishes his presumptions mannerisms.

The only difference between the two is the ability to access the impact of one’s words. It applies to the Prime minister of India as well, whose grip on words, far outweighs than any of his contemporaries. From interviews for jobs to negotiating peace amidst wars, words decide people’s future.

Know Your Aim before….SHOOTING THE ARROWS!!!

How to decide what should be said? It depends on the situation you are in but there are a few checkboxes which come handy at all times:

Everybody has a opinion but that opinion is worthy only if it is well-informed. Before coming onto any conclusion or judgement, think whether you know enough to make an informed opinion. If not, there is no harm in admiring so.

Your choice and tone of words can either bring a fight to end or further inflame it. Before saying anything, assess what could be the end impact of your words.

– Be true, dignified and empathetic, not revengeful

At times we are so hurt by what other person says that we want to get back at them in a similar harsh tone and even more abusive words. It does no good Remember, a person’s dignity lies in the choice of her or his words. Make sure you do not soil your words in revenge.

– Be rational, not emotional

Do not let the emotions blur your reason. Words are precious. It becomes very difficult to undo the damage done by reckless words. Learn to control the 3emotions.

– Be patient, listen to understand and then respond

Most of the times people are already ready with responses before tyhe other person can even finish speaking. That way neither the other person feels acknowleged, nor does the communication is complete.

– Whenever in doubt, use silence to speak

Do not feel the pleasure to respond immediately. There is no harm in staying silent or saying, ‘I need some time to think over it.’ 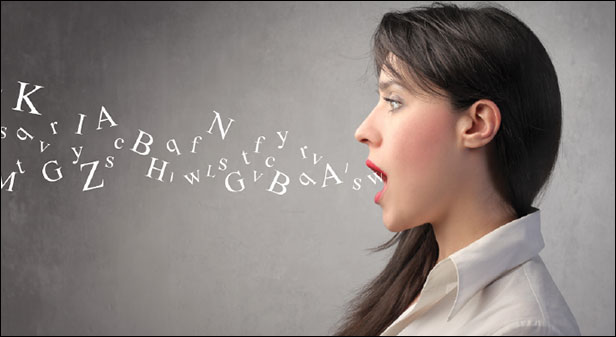 For most of us, speaking is a natural biological and social activity. Like we eat, sleep and drink, we communicate. It is essential need to express oneself. Since it natural, spending time contemplating what actually should be spoken is not practised by all. People either merely react instantaneously oe let their emotions take over the power of reason. They do not ‘think’, rather they ‘feel’ and react.

#Remember that your words can make a lot of difference, both for yourself and for the world around you! So, always think, before you say something, whether it is to the person older than you or younger. A lot of times we feel pressurised  to say what other person wants to hear and very often we oblige to please her or him. Sometimes, we presume things and unintentionally hurt others. At other times, words also act like fuel to fire!

Words and thoughts are an amazing resource. It is in plenty with everyone. Their sheer usage determines what kind of person one is. They can even decide success and failure. #Make sure you use your resource well!

it’s rightly said, “You can change your world by changing your words…”

Thanks for watching the blog!