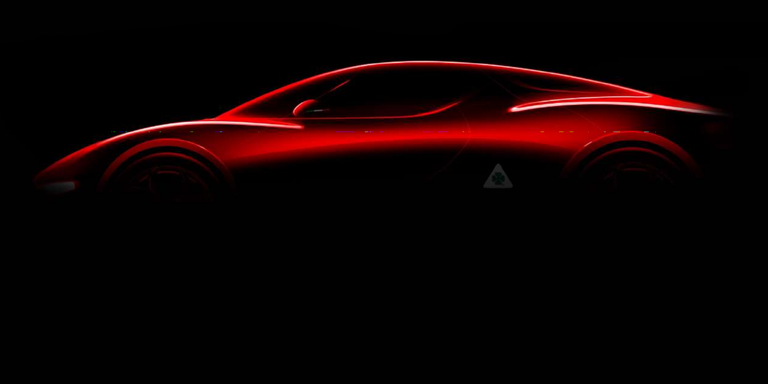 Alfa Romeo has confirmed a new supercar – carrying the name 8C. It’s announced that the 8C – last seen in 2010 as a front-engined V8 coupe – will return as a two-seat, mid-engined model using a carbon fibre chassis, with hybrid-assisted four-wheel drive and a power figure north of 700bhp.

Yep, Alfa Romeo is going after the likes of the McLaren 720S and Ferrari 488 Pista with its own piece of 700bhp exotica. The new 8C, due by 2022, will combine a twin-turbo engine (most likely a development of the Giulia Quadrifolgio’s 2.9-litre V6) with a front axle-mounted electric motor.

Alfa has confirmed its new 8C flagship will be capable of sprinting from 0-62mph in less than three seconds… and that wading into hybrids isn’t just a supercar party piece.

Because, if you like Alfa Romeo coupes, you’re in luck. The company has also confirmed a new two-door variant based on the Giulia saloon, to be badged GTV. Hurrah for retro badge comebacks!

The GTV will combine the Giulia Quadrifoglio’s 503bhp powertrain with front axle e-boost for a total of over 600bhp, with 50:50 weight distribution and torque-vectoring capability. It’ll seat four people, and give the likes of the BMW M4 and Mercedes-AMG C63 S an almighty fright.

Alfa’s move into hybrids isn’t merely a CO2 dodge – it also follows the company entering Formula One in a technical partnership with the Sauber F1 team. Now, Alfa will have a road car that can take on the might of AMG, Ferrari and McLaren on and off the track.

The most exciting news obviously comes from the return of the 8C supercar and GTV sports car. We have few details, but what we do know looks promising. The 8C will use a carbon-fiber chassis with a mid-mounted twin-turbo V6. More than 700 horsepower will be sent to all four wheels thanks to an electrically-driven front axle. The car should hit 62 mph in fewer than 3 seconds. 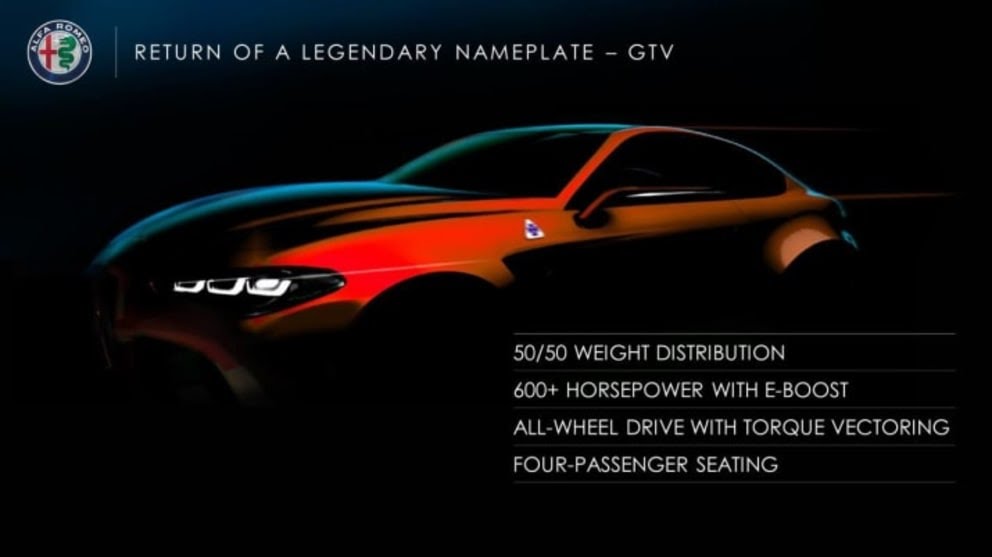 The GTV will be slightly more tame, though Alfa is promising more than 600 horsepower from its hybrid powertrain. The four-seater will also have all-wheel drive, torque vectoring and a 50/50 weight distribution. The brief teaser image shows a car that looks like a two-door Giulia, though it’s unclear if we’ll actually get a new coupe.

Electrification, autonomy and connectivity are coming, too. Obviously, the 8C and GTV will get electrified powertrains, but look for each Alfa Romeo model to have some sort of electrification available. Look for six plug-in hybrids with all-electric ranges of more than 30 miles. Level 2 and 3 autonomous systems are coming, too.

previousENTER THE 2020S IN STYLE WITH THE NEW TOYOTA CENTURY
nextApple: Agian The Ship Sinking From Top