Audi’s powerful diesel SUV, SQ7 was revealed lately at company’s headquarters located in Germany. The SUV is the first production car to feature an electric power compressor that adds further dint to its performance. For power generation, the beast relies on a staggering 4.0 litre, V8 diesel powertrain.

Audi’s powerful diesel SUV, SQ7 was revealed at the company’s headquarters located in Germany. The SQ7 is the first production SUV to feature an electric power compressor that adds further dint to its performance. For power generation, the car relies on a staggering 4.0 litre, V8 diesel powertrain. 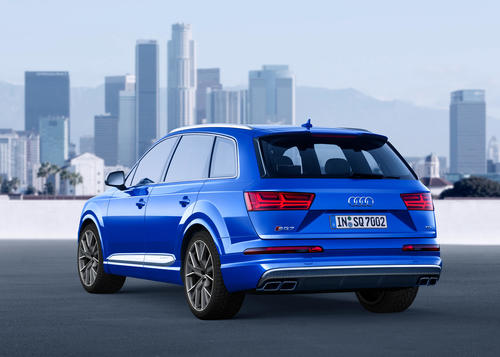 Audi SQ7 Exteriors
The massive SUV appears smashing on the outside, fascia features a chrome bordered trapezoidal grille with multiple chrome slats. Headlamps are lean and modish, whereas the fog lamp enclosures at the bottom of front bumper get chrome treatment. Flanks get chrome treatment around the window frame and a sharp belt line accentuates the muscular trait. 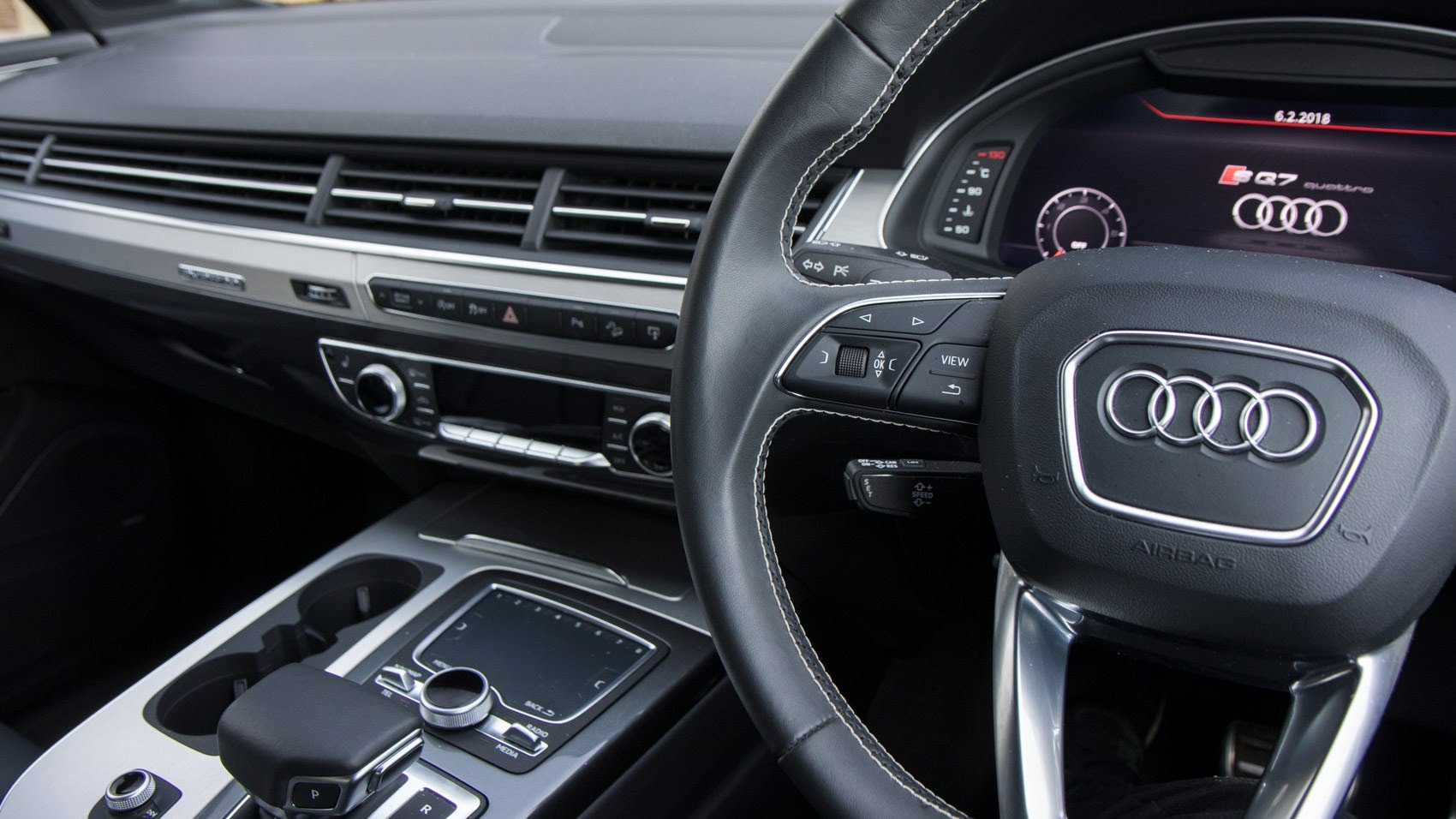 Audi SQ7 Interiors
Interiors are likely to feature a two-tone colour theme and a lot of chrome work. In terms of space, the SUV will be capacious offering ample room to passengers seated in front and at the back. Besides, Audi will equip slew of gizmos inside the cabin. 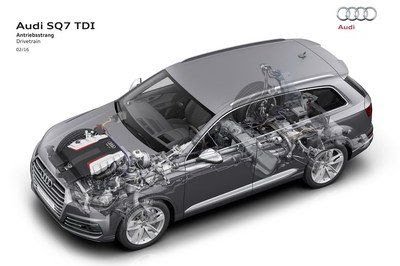 Audi SQ7 Engine specification & Transmission
Under the hood will be a 4.0 litre, V8 diesel powerplant featuring two exhaust-gas turbochargers developing massive power of 435PS along with 900Nm of torque. The diesel engine will come paired to an upgraded eight-speed tiptronic gearbox. Moreover, the SUV will also feature an electrically powered compressor which will be driven by an electric motor. The EPC generates 7kW of power and derived from a 48-volt subsystem that consists of a 48-volt lithium-ion battery placed below trunk. Presence of a compressor wheel in the motor which spins at 70,000rpm is the reason behind the sharp drop in turbo lag during low rpms. Audi claims the 0 to 100 kmph sprint at a meagre 4.8 seconds and electronically controlled top speed stands at 250kmph. Fuel consumption for this diesel heart SUV is 7.4 litres per 100 kms.

In the high priced premium SUV space, Audi SQ7 will face competition from German rivals Mercedes and BMW with their respective offerings GL 63 and X5 M. 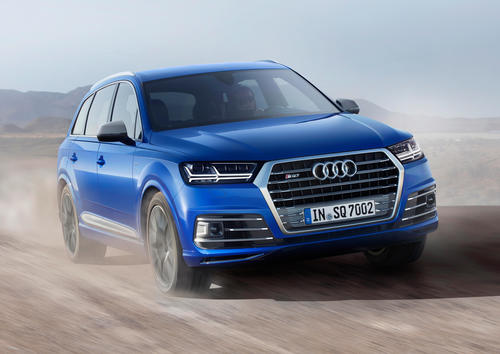 For the Indian market, Audi could price upcoming SQ7 SUV at a whopping price of Rs 1 crore.