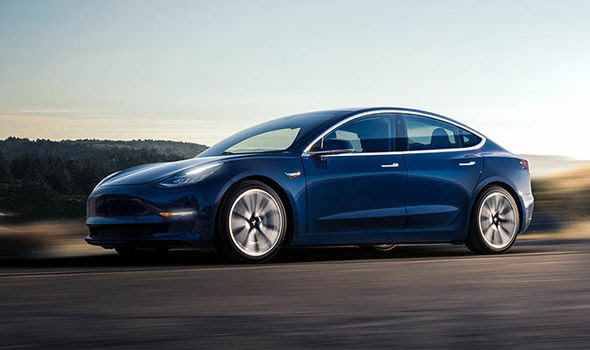 Tesla’s high-tech lineup will soon feature a new Model Y SUV, offering an all-electric rival to the likes of the Audi Q5. Our exclusive render shows what this semi-autonomous little brother to the Model X could look like when it goes on sale in 2018.

The new Model Y is expected to borrow the larger Model X’s jelly mould styling cues but lose the eye-catching ‘falcon wing’ doors. Its front bumper should sport a sharp, single-fanged Tesla grille while a similar set of headlights to the larger Model X should make an appearance, too.

Like its bigger brother, a set of thick black sills and wheelarch trims should exaggerate the Model Y’s imposing proportions but a set of large alloy wheels and low-profile tyres will probably restrict it to on-road use only.

We don’t expect to find particularly generous cubby holes in the new car’s cabin, either, but head and legroom should be impressive while its space-saving electric drive system should grant it a large, practical boot, too.

The new Model Y is expected to make use of the same all-electric platform as the upcoming Model 3 saloon. Both two and four-wheel-drive versions should be available, powered by compact electric motors and a large battery pack mounted in the car’s floor.

Like the rest of the Tesla catalogue, the Model Y range is expected to be defined by its batteries. Entry-level cars could feature 60kWh lithium-ion items while higher-spec versions could feature 75, 90 or even 100kWh units. The most powerful of these should help it cover as many as 250 miles between charges and reach 62mph from rest in less than three seconds.

To help the new car’s autopilot system better deal with heavy rain and fog, the Model Y will reportedly come fitted with more cameras dotted about its bodywork than either the Model S or X. New forward facing radar and 12 sonar-like sensors should also feature. Its onboard computer will also be revamped with as much as forty times the processing power of the Model S’ system to better crunch the billions of numbers provided every second by the car’s newly upgraded eyes and ears.