New Battle Royale but its different from others. 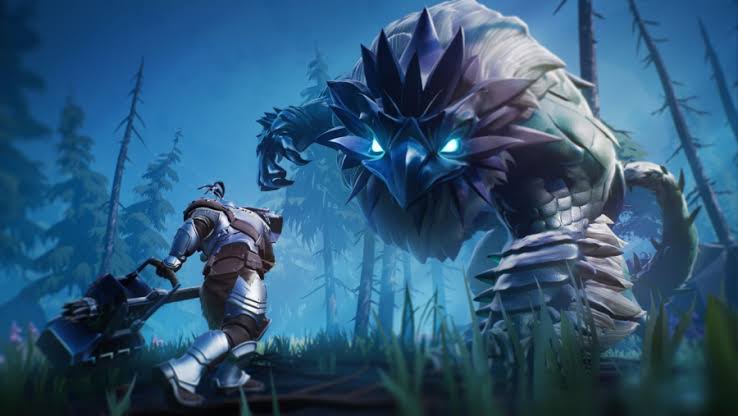 Dauntless is a new #battle #royale but its a lot from your usual #fortnite and #pubg . Dauntless is more like monster   #hunting game with battle royale.

DAUNTLESS takes place in a #fantasy  world, where a cataclysmic event has torn the world apart, releasing monstrous creatures known as #Behemoths that prey on the #surviving humans. Players take on the role of Slayers to take down Behemoths, collecting loot that they use to craft and upgrade weapons and equipment which will help to hunt bigger #behemoths . The game plays as a third-person action game. The player uses a  #combo system to attack the creature, while monitoring their own health and stamina . Such hunts can take upwards of twenty minutes to complete.The game can be played both as single-player or multiplayer with up to four people.

Dauntless is a lot easy as you always have 5 #potions and 3 self #revives ,monsters are easy to kill it is like slaying #boss in dark souls, their attacks can be dodged. Weapons are. Very cool. After every hunt you gather all the #loot and comes home. With the loot you can make new #armors and #weapons . Dauntless is a very good approach to change the battlrw royale. Dauntless is a great game worth trying. It is developed by epic games and its currently in #beta version. there are 3 different types of biomes #ice , #desert , #forest all of them are same the only difference is forests are is different. All biomes have different behemoths waiting to be slain by you.

previousWant to get attention? Read this.
nextHow is it Like to Work at Apple in 2019