Bill Gates and Jeff Bezos in Tussle For Being Richest Man 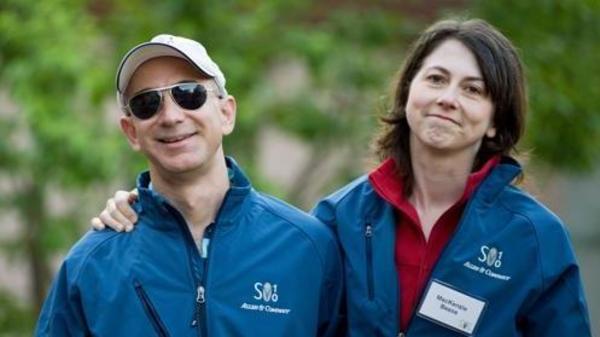 Last Year Jeff Bezos with his ever increasing eclipsed over Bill Gates to become the Richest Man of the World. And also crossed the mark of $100 Billion.

Now Jeff Bezos is nearing the end of his quite long relationship of 25 years with MacKenzie Bezos. As he is dating Lauren Sanchez. There relationship does not have a agreement for seperation and as a result there properties and assets would be divided amongst both equally

This divorce will be the most beneficial to Bill Gates. Because the division of wealth for sepration might cause Bill Gates to become #richest man of #world again.

Bill Gates has many a billion dollars margin at present when compared to Jeff Bezos. The #wealth and #assets of both would be equally distributed amongst the 2, this would lead to Jeff Bezos loosing many a Billion Dollars in net worth.

In a joint statement posted on Twitter, the couple said they see “wonderful futures ahead, as parents, friends, partners in ventures and projects, and as individuals pursuing ventures and adventures.”

His new relationship is quite public, and the officials have been working to have the divorce go smoothly and effortlessly

He lot of responsibilities if the companies that he is leading and he knows that each word impacts the reputation and stock evaluation of his company. His companies #Amazon , Blue Origin, and The Washington Post Depend alot over him.

According to the settlement plans as known till now, the divorce will cause his more than $130 Billion to be spitted between the 2. This would be a really difficult task, involving transfer of ownership of many properties, ownerships and stock options between 2.

This will cause there wealth to split causing Jeff and MacKenzie to have $65 Billion each. This will make a massive change in global wealth structure. MacKenzie may become the richest woman in world.

And because Jeff Bezos’ own wealth will reduce to half, which would be roughly $65 Billion. #BillGates who is presently second richest person wuth $90 Billion worth will be far ahead of Bezos after the divorce. And he may gain the title again. Bill Gates has been the richest man for 12 years.

According to recent reports they have reached over a settlement, under which MacKenzie Bezos, would receive be 25% of the stake that Jeff owned, but Jeff Bezos would retain all his existing control, ensuring thar MacKenzie Bezos doesn’t have power to control company.

The shares that MacKenzie Bezos would receive would amount for 4% of the total company’s value. The approval of divorce is expected to come from court in about 90 days. There are all efforts to make the case fast and effortless, so that the personalities have to face least trouble and they can focus on there career again.

It has been stated by officials that there divorce will be done with as much speed as possible. There sepration and transfer of assets may happen as fast as a Amazon Delivery.

Thanks for Reading, Warm Regards, Aditya My Latest Article 17 Secrets to Know: How I optimized My WordPress Site to Load in 927ms.
Tags:#Amazon#assets#BillGates#richest#wealth#world