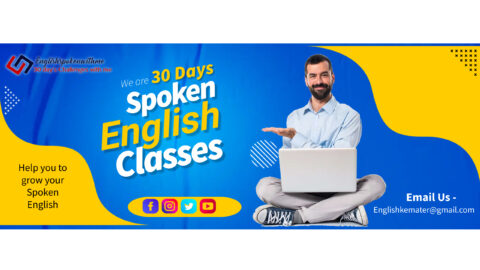 Noun | The Ultimate Grammar Guide to Nouns (with List, Examples)

What Is A Noun?

In order to understand what a noun is, the most simple explanation is that a noun is a word which is used to refer to a person, item, thing or place. In every sentence in English, there must be a subject and that subject will always be a noun. However, the noun can also play other parts within a sentence such as the indirect or direct object, object or subject complement, adjective or appositive. This means that every sentence you create will feature a noun, making this one of the most important aspects of English grammar.

There are many different types of nouns in English, each designed to serve a different purpose in an English sentence.

As we mentioned earlier, the noun can be used to name a variety of different things. Let’s take a look a this.

Examples of Nouns to Name a Person

Examples of Nouns to Name a Place

Examples of Nouns to Name a Thing

Using a Noun in English Grammar

Using a Noun as a Subject or an Object

Each sentence that we speak or write must feature a subject and this will always be a noun. When we talk about the subject, we are referring to the place, person or thing which is completing the action (verb) within the sentence. Look at the following examples:

John and the ball are the subjects of these sentences and are both nouns.

However, the noun can also be used as the object of a sentence. This can be either as a direct object, which is the noun that is on the receiving end of the action that was performed by the subject, or as an indirect object which is a noun that is a recipient of the direct object. Let’s take a look at some examples of this.

In this case, the words him and baby are both nouns being used as the object of the sentence.

A noun can be used as a subject complement and this usually occurs when using a linking verb such as seem, to be or become. An example of this is the sentence “John is a builder.” The noun builder is the subject complement as it is detailed what John is.

There are many more ways in which a noun can function, let’s take a look at some of these now.

Concrete nouns are people, places, or things that we observe using the five senses. Nouns that we hear, see, taste, touch, or smell belong to this category of nouns. We can subcategorize concrete nouns into 2 types of nouns: proper and common.

When looking at a sentence it is easy to pick out the concrete noun example. For example, She pets the zebra.

A zebra is something that you can touch, see, and hear. It is a common concrete noun.

Below find examples of nouns that are concrete.

Nouns are either common or proper. Common nouns do not refer to a particular person, place, or thing. Common nouns are not capitalized.

In contrast. proper nouns represent specific places, people, and things. You capitalize proper nouns no matter where they appear in a sentence.

An example of a proper noun would be Luke. The name refers to a specific person. In comparison, the common noun boy could refer to any number of males.

Abstract nouns are the opposite of concrete nouns. They are nouns that you cannot touch, taste, hear, see, or smell. Abstract nouns refer to concepts, ideas, qualities, and feelings that are not tangible.

Sometimes it can be difficult to pick an abstract noun out of a sentence. This happens when a word like love appears in a sentence. Sometimes the word operates as a verb instead of a noun. For example:

Love is an action in this sentence so it does not function as an abstract noun.

In this sentence love is a thing. Hence, it acts as an abstract noun that you cannot touch.

Some words can have more than one grammatical usage. It is important to pay attention to how a particular word functions in a sentence.

In the singular form, you can also use the number one.

The plural form uses a variety of different numbers along with the suffix -s or -es.

If asking about a countable noun you would ask, “how much?”

Below find examples of how to use an uncountable noun in a sentence.

Note: Different languages have different nouns that are countable. In English, these words are uncountable: baggage, bread. furniture, traffic, and travel.

A group of people, animals, and things are collective nouns. Some collective nouns are versatile while others are not. For example, swarm typically describes bees and not lions. However, you could deliberately use the wrong collective noun to promote a specific image.

Note: grammar checking software will most likely want to change were to was. Typically, the software views collective nouns as singular.

If the noun is plural and ends in s you simply add an apostrophe. If the plural form does not end in s then you add ‘s.

A regular plural noun uses the suffixes -s and -es to show more than one person, place, or thing.

Nouns ending in -f or -fe

To create the plural form of the word ending in -fe you need to replace the f with v then add -es.

The words roofs and proofs are exceptions to this pattern.

To create the plural form of the word ending in -o you need to add -es.

Exceptions to this pattern exist. Some words ending in -o only need an s to make it plural. Examples include pianos and photos.

Some nouns take on huge spelling changes when forming the plural.

We write some nouns the same way whether plural or singular. This includes words like deer, sheep, and fish.

A noun that ends in -ex usually takes the ending -ice or -xes when forming the plural.