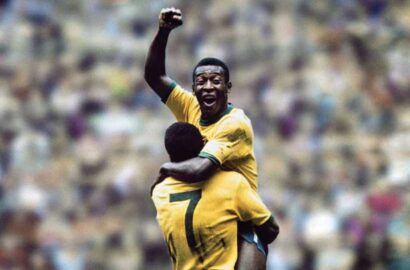 Pelé, The Most Complete Player

Pelé, also known as Edson Arantes do Nascimento, is widely considered one of the greatest soccer players of all time. He is often referred to as the “most complete player” due to his impressive skill set and ability to excel in all aspects of the game.

Some of the factors that contribute to Pelé’s reputation as the most complete player include:

Overall, Pelé’s combination of technical, physical, and mental attributes made him a formidable player and earned him his reputation as the most complete player in soccer history.