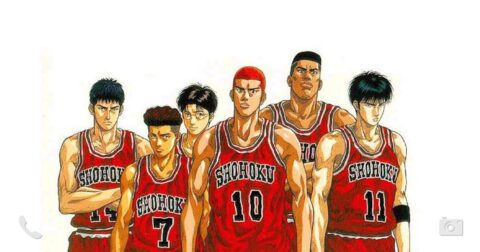 Slam Dunk is a classic sports anime that follows the story of Hanamichi Sakuragi, a delinquent who joins the Shohoku High School basketball team in an attempt to impress a girl. Despite having no prior experience in basketball, Sakuragi quickly becomes a key player on the team due to his exceptional physical abilities and unbridled passion for the game.

The show is notable for its realistic portrayal of the sport and its focus on character development. Each member of the Shohoku team has their own unique personality and background, and their relationships with one another are a major focus of the story.

One of the standout characters in the series is captain Takenori Akagi, who serves as a mentor and leader for the team. Despite facing numerous challenges and setbacks, Akagi remains steadfast in his dedication to the sport and his teammates. He is also one of the few characters who is able to consistently outplay Sakuragi, making for some intense and exciting match-ups.

Another memorable character is Ryota Miyagi, the team’s star point guard and a master of the “misdirection pass.” Miyagi’s calm and collected demeanor on the court belies a deep insecurity and fear of failure, making him one of the more complex characters in the series.

As the team progresses through the tournament, they face off against a series of formidable opponents, including the arrogant Kainan High School team and their star player, Mitsuhiro Takeshita. The matches against these teams are some of the most exciting and well-animated in the series, and serve as a testament to the show’s commitment to realistic and thrilling sports action.

Overall, Slam Dunk is a must-watch for fans of sports anime and character-driven stories. Its well-developed characters, exciting matches, and heartfelt moments make it a classic in the genre.