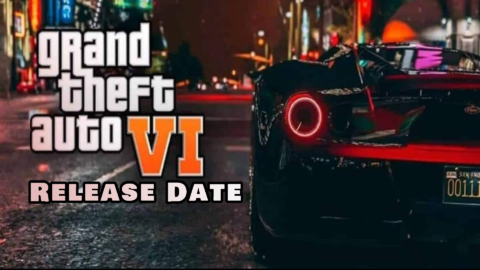 Many latest leaks, rumors, and reliable sources suggest that GTA 6 release date could be closer than we expected. With the recent major leak from a hacker, details have gotten a lot clearer.

Earlier, GTA 6 is expected to be released around December 2023. But, after the recent massive leak, Rockstar may try to expedite the release to minimize the damages done.

But, at the same time, they may decide to redo a significant portion of the game, to get away from the leaks.

Many sources have pretty accurate information about the GTA 6 release date. So, let’s discuss them one by one.

GTA is by far one of the most popular games of all time. Before understanding their future, let’s understand the history of GTA releases.

GTA IV was one of the most successful GTA released in 2008, it introduced the Rockstar Advanced Game Engine, which brought the most realistic graphics. After that came the legendary GTA V in 2013, which to this day remains one of the most advanced graphics and simulations. Looking at the pattern, the GTA 6 should have been released by 2019.

Yes, GTA 6 is under active development. In early 2022, Rockstar Games (developer of GTA) confirmed the news of the in-progress development of GTA 6. It is expected to be released by 2024.

However, even today, we await the GTA 6 release. Indeed, Rockstar Games would be looking to minimize the delays and get it in our hands as soon as possible. Going by history, GTA will release latest by 2023 or 2024.

A hacker, allegedly based in the UK, recently hacked into Rockstar Games and accessed secretive source code and files for GTA 6.

These major GTA 6 leaks have been confirmed as accurate by Rockstar. It is a critical release and shall significantly impact the development and release of GTA 6.

The hacker could potentially have unfiltered access to all the planned cheat codes and loopholes that can be used to prepare mods, hacks, and security breaches before the release.

That’s why Rockstar Games would have to redo the map, cheat codes, and rewrite a lot of code to minimize the similarities between the leaked code and the release code.

This could delay the release date by 6-8 months.

Why is GTA 6 Taking So Long?

We know that Rockstar Games is redoing the entire game from the ground up to bring a significant paradigm shift in the gameplay.

GTA V was known to have one of the best in-game physics and graphics during its time. They were so good that even significantly newer games like Cyberpunk 2077 fell short of competing with them in terms of graphics.

So, for GTA, it’s a big task to level up something that good.

We have seen many cool new features from the leaks, including much more detailed car interiors, many more moving parts in machines, and much more natural feeling controls.

These and many other yet-to-be-known features have resulted in GTA needing so much time for development.

Even though we consider the hacking attempt to have a significant negative impact on GTA, it is equally possible that the effort could also prepone the release.

In other words, the GTA 6 release date can be preponed due to the hacking attempt.

Why? Well, the suspense and hype for what would GTA 6 bring are already half gone, as the leaks have already revealed the location and the setup of the game, along with some significant changes compared to GTA V.

GTA might like to ride on the current hype and release a trailer for the game right now to leverage it.

This move would mean some under-development features might be delayed until GTA 7.

But, this move of preponing #PS6ReleaseDate would be financially wiser and would be suitable for branding as people have been waiting for GTA 6 release date since 2013.

The #GTA6 would likely be coming in late 2023 or early 2024. However, the recent hacking attempt could postpone or postpone the release date.

We can expect a trailer, sneak peek, or an announcement event of the game later in 2023.