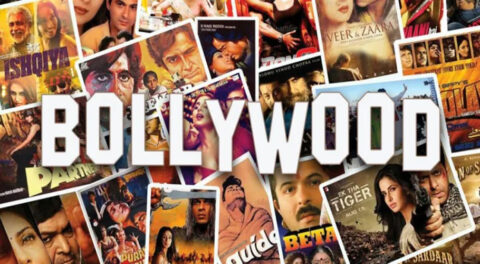 What Happened to Bollywood? Downfall of Bollywood [Explained]

Bollywood has been consistently underperforming. Many successful south Indian movies have made us ask the question, “What happened to Bollywood”. It’s been a long time since Bollywood saw any major widely successful movie.

We shall today decode the downfall of Bollywood, and what can be done to revive it. But, before that, let’s understand what exactly happened to Bollywood that led to such massive movie failures and frequent boycotts.

What Happened to Bollywood

Bollywood for quite a long time dominated the Indian entertainment business. However, for last couple of years, many big-budget movies with popular actors failed to succeed.

Out of roughly 20 Bollywood films released in 2022, 15 failed to meet the expectations. These included highly speculated movies like Prithviraj Chauhan, 83, Laal Singh Chaddha, and more failed to impress audience.

The majority of Bollywood movies struggled to make an impact at the box office. In fact, some movies were treated with extremely poor reviews and bad ratings on platforms like IMDB. Alia Bhatt’s Sadak 2, broke all records to become the worst-rated movie on IMDB, with overall ratings reaching slightly more than 1.

Why Bollywood is Failing?

So, what’s the reason behind Bollywood’s failure? There are many major and contributing factors that together resulted in the sudden Bollywood losing its charm and resulted in multiple major failures.

Here are the main reasons why Bollywood is failing:

These are some major reasons why Bollywood is failing in 2022.

Even if you look a couple of years back, you can find new & unique movie plots such as 3 Idiots, Zindagi Na Milegi Dobara, Ra.one, and many more.

We have seen some genuinely well-written stories in the last couple of years, such as Andhadhun, Kesari, etc. But, considering the overwhelming number of movies being released today, these makeup just a tiny portion of all the content.

So, what’s wrong with Bollywood? The major wrong with the Bollywood is collective willingness to improve. For a long time, dumb stories and copy-pasting have made their money. I am talking about you Laal Singh Chaddha, Love Aaj Kal 2, etc.

The mentality of relying on get-rich-quick methods is being challenged by genuinely original content, and new faces in South Indian films.

How to Recover From The Downfall of Bollywood

Bollywood may have 100 problems, but money and talent ain’t one of them.

It can easily recover from a dry spell. Bollywood is in urgent need to create a pro-India narrative. Moreover, there is a need to consolidate and work on only the truly unique, original, and good films.

Shah Rukh Khan seems to be the silver lining in this dark time of Bollywood. He is set to have 3 released in 2023. All of them are expected to have a unique plot and could be critical in uplifting Bollywood.

Similarly, Bollywood is building up on the trend of the multiverse, where 2 different stories progress together in a single movie.

These concepts can help recover from the Downfall of Bollywood.

Published: 7th September 2022
Last Updated: 13th September 2022
Views: 9
previousWho is the New Starbucks CEO? 7 Things To Know About Laxman Narasimhan
next8 BEST Ways To Get Paid To Write About Anything in 2022
Leave a Reply Cancel reply