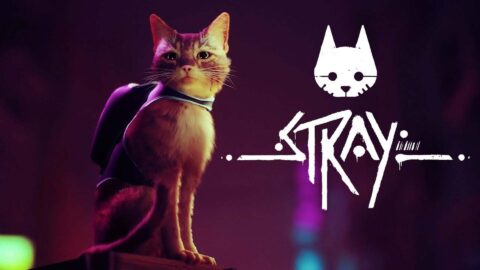 “Stray” Review: The Feline Good Game Of The Summer

In Mufasa fashion, it was almost unbearable to see the unidentified cat protagonist dangling precariously from a cliff’s edge. And the subsequent emotional trip was started in action by this swift kick in the stomach. I gasped and held my breath as the cat descended, hoping they would land safely. Naturally, they do. In the end, they are a cat. But what followed was beyond anything I could have anticipated; I was hit with a barrage of shocks that kept me on the edge of my seat right up to the very end.

In Stray, a cat finds itself in a dystopian, cyberpunk city to escape and, in the process, liberate a civilization of imprisoned robots. It is third-person-perspective presented and has simple puzzles, lots of exploration, and plenty of platforming that will no doubt keep you entertained, especially if you’re a cat-lover.

Developer BlueTwelve Studio is a master of its craft, handling Stray’s intuitive gameplay and clever integration of realistic cat behaviors throughout. The result is a unique adventure, unlike any game you’ve played.

Most of Stray’s gameplay consists of platforming and puzzle-solving as you explore a breathtakingly beautiful city where robots live. The problem? Objective-setting is substantially altered while playing as a cat. For example, the protagonist’s ability to jump far higher than a human, over light beams, and even squeeze into tight areas led to some incredibly imaginative level design. This game is so gorgeous that it always seems satisfying to jump up on boxes and air conditioners to reach the city’s rooftops.

The delicate balancing of complexity and approachability is nailed in Stray. For instance, you can never miss a jump because you always land on the platform you’re aiming for. This changes the game by eliminating any disappointments that platformers frequently bring. BlueTwelve Studio wants the player to have as little frustration as possible. Being discovered doesn’t necessarily mean the game is over during stealth phases. You have several chances, and the game frequently provides you with simple hiding places. You have to flee from tiny, alien-looking creatures a few times, but even if they pile up on top of you, you can shake them off.

Your dependable robot friend, B-12, provides beneficial tips if you ever get stuck. There’s no need to be concerned about pointless advice like “not to take damage, avoid getting hit” Because of all these carefully considered design choices, Stray never seems cheap, and missteps turn into helpful learning experiences.

However, Stray never seems too simple because the exploring and puzzles are difficult enough to feel worthwhile. One of my favorite memories includes stealing a store employee’s jacket. It would help if you had a music cassette collection to pull it off. The store employee puts the tape in a nearby player, and as soon as loud music starts playing, they walk away to turn it off, giving you access to the jacket. The game steers you on the correct path but never directly provides the solution; instead, it offers you just enough contextual cues to make finding the answers satisfying. The affectionate handling of cat habits is one of Stray’s many noteworthy qualities, but it is also my favorite. The DualSense has triggers that may be pulled to scratch surfaces like carpet, doors, and even electrical lines as a cat might. The cat’s purring makes it much cuter to cuddle up close to a robot and show it some love. (And yes, during certain portions, your controller vibrates.)

In addition to being adorable, you can hop into cardboard boxes, which is handy. Containers are excellent for hiding from the dangerous robot Sentinels. A distraction will assist you going forward if you swipe at things to knock them off a surface at other times.

But being able to meow on demand is my favorite cat trait. It seems silly, but having a special meow button made me happy. I received an award for meowing 100 times, so you best believe it (probably ten times over). I occasionally forgot I played a video game because of the cat’s motions and noises. In the video game Stray, you are a cat; you’re not simply pretending to be one.

The stunning music and graphic direction of Stray work in perfect harmony with its immersive gameplay. This game’s brilliant colors that burst off the screen and highly inventive character designs make exploring every inch of it fun. (The hostile Turks, who resemble extraterrestrial parasites, stand out in particular.) Despite all the robots and aliens, Stray has a distinctive appearance thanks to some realism in the proportions. 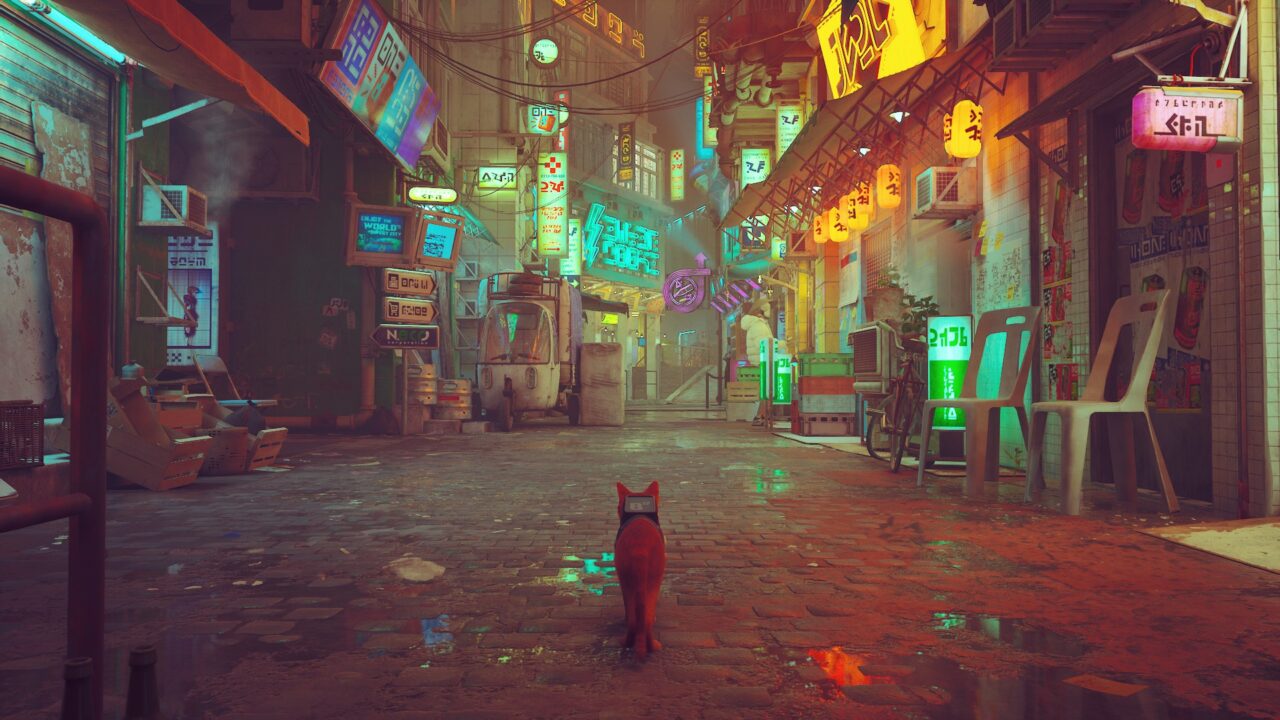 Every place you visit—from the crowded downtown streets to the deserted subterranean railway station—feels lived in and like it has a deep past. Even in the less colorful regions, the game is packed with detail almost everywhere. There are a few trinkets in the game, and I was motivated to look around to enjoy the landscape and interact with the brilliantly written robots. Some are more eccentric, while others have stories to relate to that are unexpectedly heartfelt.

The game’s music, which has a synth-focused soundtrack and ranges from fast-paced and pulse-pounding to subdued and soothing, further enhances the ambiance. The music entices you onward as you explore and look into Stray’s mysteries, subtly encouraging you to move forward.

Nothing compares to Stray. You’ve played puzzle platformers with apocalyptic city settings before, but Stray stands out because of its adorable main character. It’s eccentric, logical, well-paced, and among the funnest games of 2022.