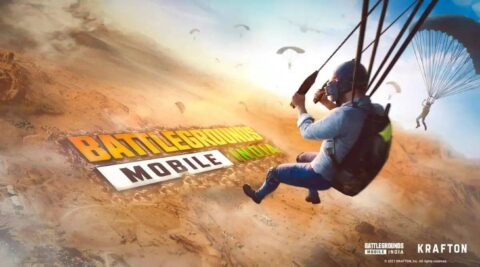 BGMI Banned In India: Can You Still Play it And All Other Questions Answered

Battleground Mobile India (BGMI), a well-known game, has been removed from Google and Apple’s app stores as of yesterday. Google has already acknowledged to TOI Tech-Gadgets Now that the action was performed in accordance with a government directive.

The game is no longer accessible for download after being removed from the Google Play Store and Apple App Store listings in accordance with the court’s decision. That, however, also begs a number of other queries. For example, when PUBG Mobile or Garena Free Fire were prohibited, the game servers also crashed, making it impossible for players to access the game even if they had it downloaded to their smartphone.

What is the situation this time, then? Can you still participate in the game? Can you download it from another location? Find out by reading on.

But first, let’s understand why was it banned.

The popular gaming software was made by the South Korean company Krafton. Although Krafton has acknowledged that the game has been removed from the Google Play Store and Apple App Store following a government order, the reason for the game’s real prohibition remains unclear.

The BGMI gaming app has reportedly been prohibited under Section 69A of the Information Technology Act of 2000, according to a story in IANS that cites sources. The ban on PUBG was imposed in September 2020 using the same law. The same Act also forbids the more than 270 Chinese apps that have been blacklisted in India since June 2020.

A non-profit organisation (NGO) specialising in socioeconomic development called PRAHAR wrote a letter to the government in February of this year requesting a ban on BGMI under the same clause (69A of the Information Technology Act). The NGO said in the letter that the software should be outlawed because it imperils India’s identity and sovereignty. It stated that Krafton is a front firm for Tencent Holdings, the largest internet corporation in China. Tencent is the second-largest shareholder in Krafton, holding 15.5 percent of the company’s equity, it was further said.

PRAHAR has welcomed the ban on BGMI. Since February this year, we have raised the fact that BGMI and the banned PUBG are one and the same. In the so-called new avatar, the BGMI was no different from erstwhile PUBG with Tencent still controlling it in the background,” Abhay Mishra, President of Prahar, said in a statement. “We are grateful to the government for taking this step in the interest of security and sovereignty of India,” he added.

Can you still play Battlegrounds India??

Yes, the game has merely been taken off the list on the app store. The game’s server is still running, at least for the time being, and users who have the app installed on their smartphone can access it whenever they wish.

As previously reported, BGMI is no longer listed in the Apple App Store and Google Play Store. Therefore, it is impossible to download the game from the relevant app shops. The game’s creator Krafton started providing APK files from its official website with the BGMI 2.0 upgrade, though. Android users can still sideload the game onto their handsets by downloading the APK file.

How to download and sideload BGMI on Android smartphones??

On September 2, 2020, the Indian government outlawed PUBG mobile. It was reintroduced as Battlegrounds Mobile India after 10 months (BGMI). The largest of the Chinese apps that have successfully avoided detection by relaunching and rebranding with the same functionality is BGMI.