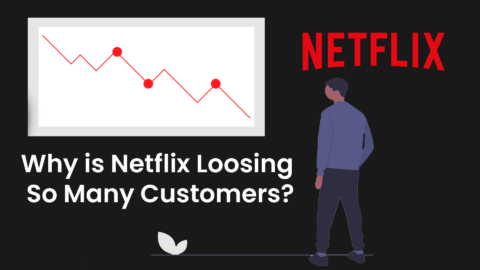 8 Reasons Why Netflix is Losing So Many Subscribers?

Netflix is by far the most popular name when it comes to streaming services. It was the flag bearer of a digital subscription-based model for movies and shows. However, Netflix seems to be losing its glory, as it struggles to gain new users.

There are plenty of reasons why Netflix is losing subscribers such as increased competition, uncompetitive pricing, lack of new content, device restrictions, pricing, and more. Let’s discuss all of them one by one.

Why Netflix is Losing Subscribers?

Netflix is a giant platform, and it is not slowing down anytime soon. But, there are serious concerns about the future of the streaming giants. It lost about 1 Million subscribers between April to July 2022.

That’s a huge number. But guess what? There was speculation of an even bigger subscriber base loss. The only silver lining in the current downward trend of Netflix is the success of Stranger Things.

The reasons for so many Netflix users unsubscribing can be divided into 2 categories: Loosing Existing Users & Inability to Gain New Users. We will discuss the possibilities for both tomorrow.

If it wasn’t obvious, Netflix is no more a monopoly. Netflix’s loss in subscribers came as a result of competition from all directions from Prime Video, Hulu, Apple TV+, Disney+, and more trying to snatch Netlfix’s market share. It’s almost impossible to ignore the variety of options.

The previous reason explained how Netflix couldn’t retain existing users. This is the reason why Netflix struggles to get sufficient new users. Netflix’s pricing model is highly flawed.

Most people are more confident about buying something if they get to see a bit of it in advance.  There are 3 popular approaches used by video platforms:

In business, giving customers time to think is a crime. That’s especially true when it comes to not-so-necessary purchases like streaming services. Ideally, businesses want the minimum number of steps to get started in

Netflix has quite complicated device restrictions (relative to other platforms) for different pricing plans. The picture quality and devices are limited for lower-end plans.

Device restrictions give people the opportunity to think about the right plan for their needs. They end up realizing they probably don’t need it at all.

This is a big one. In order to survive in such a volatile space businesses must keep creating quality content throughout the year. Netflix is almost always lagging behind its competitors in terms of successful new launches.

Not only does Netflix have relatively fewer launches, but also the proportion of the hit/successful launches is also not very good. Clearly, Netflix needs a streak of a dozen consecutive hits to again become a place for enjoying the best of the best content.

This is another major hurdle created due to increased competition. Many major productions that had their shows on Netflix have tried to create their own platforms for their own content. Companies like NBC, CBS, AMC, and Disney have plenty of content to create a platform of their own. Long-term fans of their content now switch services away from Netflix.

This is a major issue, as not only does it reduce content at Netflix, but increases proved content in competing services.

Netflix may be mammoth in the USA, but it hasn’t been able to tap global markets in the way Prime Video and other competitors did. The inability to generate quality content for Asian markets and especially countries like India have contributed to the reasons why Netflix is losing so many subscribers in recent times.

Netflix was not able to appeal to audiences outside America, nor could it find sufficient native content to become a viable option for these countries.

COVID-19 changed the business landscape unlike any other event in the past decade. As a result of COVID, many businesses had temporary effects. Some industries grew while others shrank as a result of the Corona Virus Pandemic. Tourism and outdoor sports shrank a lot due to it, whereas OTT platforms and EdTech platforms grew a lot.

But as lives returned to normal after the pandemic, we saw these industries having major corrections. This correction involved a spike in travel, (especially aviation business). At the same time, ED Tech and OTT saw a major downward trend.

After the start of the Russia-Ukraine war, Netflix also decided to exit Russia by removing its streaming services for Russia As a result, Netflix lost 500,000+ customers from Russia, creating huge losses and shrinking their business.

How Can Netflix Regain Subscribers?

The recipe to regain subscribers for Netflix is fairly straightforward, yet hard to implement. Netflix needs to:

That’s it. It’s fairly easy to create the right subscription plans to ensure that Netflix can regain subscribers. But, the real tough task would be to get a lot of quality content for many regions/languages before it’s too late.

However, they need to act fast. Proper actionable steps taken now can help them maintain their dominance and get back on the right track as well.

Netflix’s loss in subscribers is proof that no business is safe today. Businesses must constantly keep improving themselves in the modern business landscape.