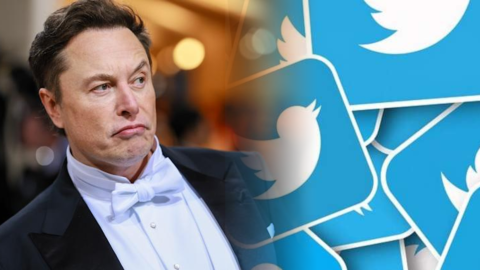 Elon Musk loves Twitter and has been using it for more than a decade. He tried to buy Twitter, but Twitter wasn’t ready. Later Elon Musk decided to withdraw from the deal. However, Twitter now wants to force Elon Musk in completing the deal.

Let’s see why Elon Musk wants twitter, how it will affect everyone, and will Elon Musk delete Twitter? So, let’s get started.

Elon Musk has been on Twitter for quite some time, and he uses it as one of his primary ways of communication. He considers Twitter to be a great place for communication, sharing ideas, and interacting instantly.

Elon Musk wants to buy Twitter to make its algorithm public and behave like a much more open organization. With that, Elon Musk wants to create transparency in operations and make Twitter the go-to place for getting feedback, sharing life updates, generating new ideas, and connecting with people easily.

“I think Twitter is the greatest invention ever,” commented Elon Musk about why he wanted to buy Twitter. “It’s so much better than email because it’s real-time. It’s immediate. You can talk to anyone anywhere in the world instantly.”

No, Elon Musk tried buying Twitter for $44 Billion, however, the deal was never completed. Elon Musk demanded some information about the user database and more from Twitter, in order to complete the transaction.

Elon Musk began by buying a minority stake in Twitter. He started buying Twitter shares from the open market in early 2022. When he made this information public, Elon Musk owned 9.2% of Twitter. After which, he was offered a place on their board, which he rejected.

Thereafter, Elon Musk and Twitter are still in a tussle to strike the deal with the battle now moving to the courts.

So, Does Elon Musk own Twitter now? No. Elon Musk currently doesn’t own the entire Twitter. He owns some portion of Twitter, but it will ultimately depend on the result of a legal battle between Twitter and Musk.

Elon Musk after acquiring the 9.2% stake in Twitter and making his intentions to acquire the company public, wanted to back out. However, now that things were public, Twitter pressured Elon Musk to complete the deal.

As a part of the agreement, Elon Musk had the right to access relevant reasonable data to proceed with his deal. He asked for data about fake users and spam bots.

However, Twitter refused to provide the data initially. After a lot of back and forth, Elon Musk finally got his hands on the data. Musk intends to remove all of the spam bots from Twitter. During the very public tussle between Twitter and Musk, the former decided to file a case in Delaware Chancery Court. As a result, the Elon Musk Twitter deal was put on hold.

During the case, Twitter intended to force Elon Musk to complete the deal with Twitter. As per the agreement, it was possible for him to terminate the deal if he himself had made no violations to the agreement. But, as you might have already guessed, Elon Musk has indeed made some violations.

After the speculations of Elon Musk buying Twitter, many people have curiously asked “Will Elon Musk delete Twitter?”

Nope. After acquiring Twitter, Elon Musk would be deleting Twitter’s fake users, bots, and spam tweets. However, for normal users, Twitter would remain the same or would improve for the better.

Elon Musk is a huge supporter of free speech and will work for the betterment of the platform only. He is known to be optimistic about newer technologies, that’s why he showed huge support for electric vehicles, reusable spacecraft, and more. He has been supportive of cryptocurrencies as well.

Keeping that in mind, it’s likely that Twitter will see the adoption of many newer technologies and features that make it an even better place for free speech, communications, and interacting with people.

So, Elon Musk doesn’t own Twitter right now. He wants Twitter to fulfill his idea of completely free speech. He loves Twitter and can work really well with Parag Agarwal to take it to new heights. Currently Elon Musk Twitter deal is on hold, but hopefully, Elon Musk will buy Twitter.

Thereafter Elon Musk will likely work towards open sourcing their code, making their algorithms public, getting rid of spam tweets, bots, fake users, etc., and working towards making it a better platform.