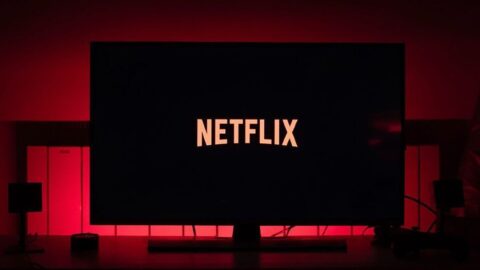 Looking for the Top 10 TV Shows on Netflix now? Well, you’re in the right place! Despite the streaming service launching the trending list earlier this year, which reveals what the Top 10 most popular TV shows are on a daily basis, it’s not super easy to find that list on Netflix itself without digging into it a little bit. Every person has different tastes, so we kept that in mind and tried to make a list of Top 5 Best Netflix Shows. Every show on this list is of a different genre and maybe you’ll find your new favorite show. This bold and sexually charged Netflix drama based on Julia Quinn’s novel has quickly become the talk of the town. It follows a group of young socialites as they navigate a season of balls and betrayals in 1917 london. They attempt to outsmart the mysterious lady whistledown, whose “gossip sheets” are able to make or break a debutante’s reputation overnight.

It’s largely a blast, with sharp screenwriting, costumes and backdrops bursting with color. It’s diverse casting is a relief, too, underlining Bridgerton’s willingness to shake things up in an often stuffy genre. It’s not all smooth sailing, though, particularly in its troublesome treatment of sexual assault in one unfortunate episode.

Season 2 has just landed on Netflix, so go and check it out. Formula 1: drive to Survive returns to Netflix for its fourth season and judging by the sheer amount of drama that went down during the 2021 F1 season, we are in for a ride..

Offering great behind-the-scenes access, Formula 1: Drive To Survive is everyone’s dream. The supercar TV series provides an in-depth peek behind the curtain on the biggest moments and flashpoints in the F1 world, including drive bust-ups and the ongoing race to become the new F1 champion.

The drive to survive is not meant for everyone. But, for those who love F1, it’s a show that shouldn’t be missed. Set 100 years after the events depicted in the prime video series, Vikings valhalla focuses on the final decades of Viking era. which will culminate in their final defeat during the battle at Stamford Bridge.

Valhalla follows the rise of 3 legendary Vikings: Leif Eriksonn, Harald Hardrada and Freydis Eiriksdottir as they become embroiled in the increasingly geopolitical and religious battles taking place in 11th century England. Netflix’s surprise sequel won’t always be innovative, but, if you’re a fan of Viking’s historical drama, regular clashing of metal, and study of character, Valhalla is worth checking out.

The show’s first season is available to stream in full now. Season 2 has finished filming, with a third season beginning production later this year.

All Of Us Are Dead: This is based on a web cartoon from south korean production company Naver. All of Us Are Dead is a coming-of age horror series that is sure to be the next squid game.

When a south korean high school becomes ground zero for a zombie apocalypse, students must fight their way to safety. Comprising of 12 episodes between 53 and 72 minutes in length, you need to invest time in it. But, with largely positive reviews lauding its tender tale of high school friendships – albeit a story wrapped in plenty of gore and grisly detail – All of Us Are Dead should be another hit for Netflix’s growing South Korean back catalog. Inspired by the horror podcast of the same name, Netflix’s adaptation of Archive 81 has delighted fans and critics alike..

Unsurprisingly, Archive 81 is full of jumpscares and possesses a thrilling and somewhat terrifying mystery. It leans heavily into the found footage horror subgenre made famous by The Blair Witch Project. Given that Wan serves as a producer on Archive 81, its style, tone, and penchant for the supernatural shouldn’t come as a huge surprise.

Disappointingly, Archive 81 has been canceled after one season, so there won’t be any more entries in this horror series. Still, it’s well worth a watch if you haven’t checked it out.

I hope you like this list, i tried to be diverse and include shows from every genre. Most of these shows are new, but all of them are really good.