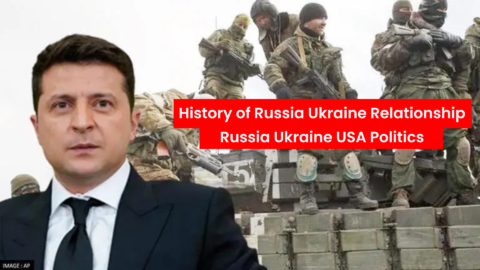 Russia Ukraine’s relationship has reached its lowest point in many decades. Today, we decode the History of Russia Ukraine relationship, how they became enemies, and what does the future look like,

Russia always had an eye on Ukraine. Russia invaded Ukraine on 24th February 2022. They were launching simultaneous air, land, and sea attacks from all directions.

Russia Ukraine war has caused mass destruction in Ukraine. But what was the actual cause of the war? Why did the Russia Ukraine relations sore so severely?

We’ll answer it here. Also, you might wonder what the involvement of the USA in the war was? Here we try to explain Russia, Ukraine USA Politics as well.

French President Emmanuel Macron considers it a turning point in Europe’s History. So let’s decode the entire story starting with the history of the Russia Ukraine relationship.

Here’s what the Russian invasion looked like on 25th February 2022. 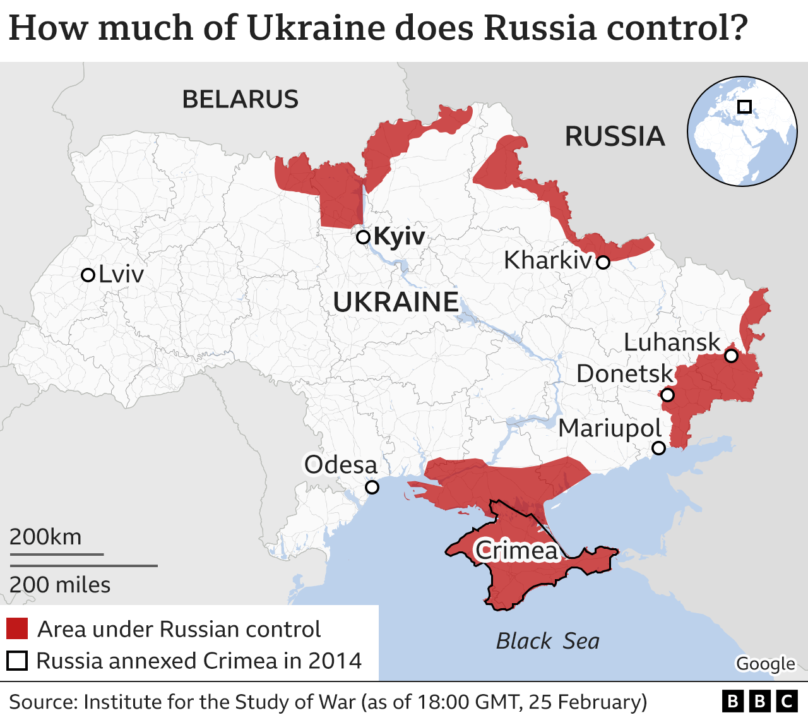 Russia might have plans to change its boundaries with other countries as well. Its intent might be that NATO returns to its pre-1997 borders.

Russia was never happy about the influence of the west on countries like Ukraine. Furthermore, Russia’s ambitions are far more significant than just Ukraine. It demands that NATO return to its pre-1997 borders.

The arguments were majorly between Russia and Ukraine only. But the USA had a significant role in starting the war and influenced many actions, sometimes perhaps unknowingly. We will Russia Ukraine USA politics it in a bit. But first, let’s see the History of Ukraine.

Ukraine has had many different empires compete for its land. In the mid-1900s majority of Ukraine’s land was under the Russian empire.

Even after being a part of a more extensive empire, Ukraine was slowly developing its ethnic group. This included slowly developing the Ukrainian language. This was the beginning of the Russian Ukraine relationship.

As time passed, content written in Ukrainian started to popularise among the masses. As a result, imperial officials removed Ukrainian books from school. Not only that but also, they replaced teachers and banned Ukranian in plays and entertainment.

With the fall of the Tsarist empire and the growing Ukrainian ethnicity came the movement for independence of Ukraine. Ukraine declared independence in 1918.

Even after independence, the Ukrainian umpire was unstable. The power changed hands more than five times in the year 1919 alone. Many tried to use the instability to gain lands too. The struggle continued until 1922.

In 1922, the Ukrainian resistance successfully got Vladimir Lenin and Joseph Stalin to create a Ukrainian Entity under the Soviet Union.

It wasn’t complete independence as the Foreign Affairs, Defence, and Commerce were still controlled by Moscow.

Russia under Stalin made many attempts to suppress Ukrainian culture and promote Russian culture. It resulted in Ukrainians developing hate towards Russia. Since then, the Russia Ukraine relationship has gone south only.

‘Ukraine’ was the informal name of the Ukrainian Soviet Socialist Republic within the Soviet Union until 1991.

In 1991, Ukraine finally declared its independence from USSR.

On 24th August 1991, Ukraine announced it would not follow the laws of the USSR and only the rules of the Ukrainian SSR would prevail. Thus, declaring Ukraine’s independence from the Soviet Union. 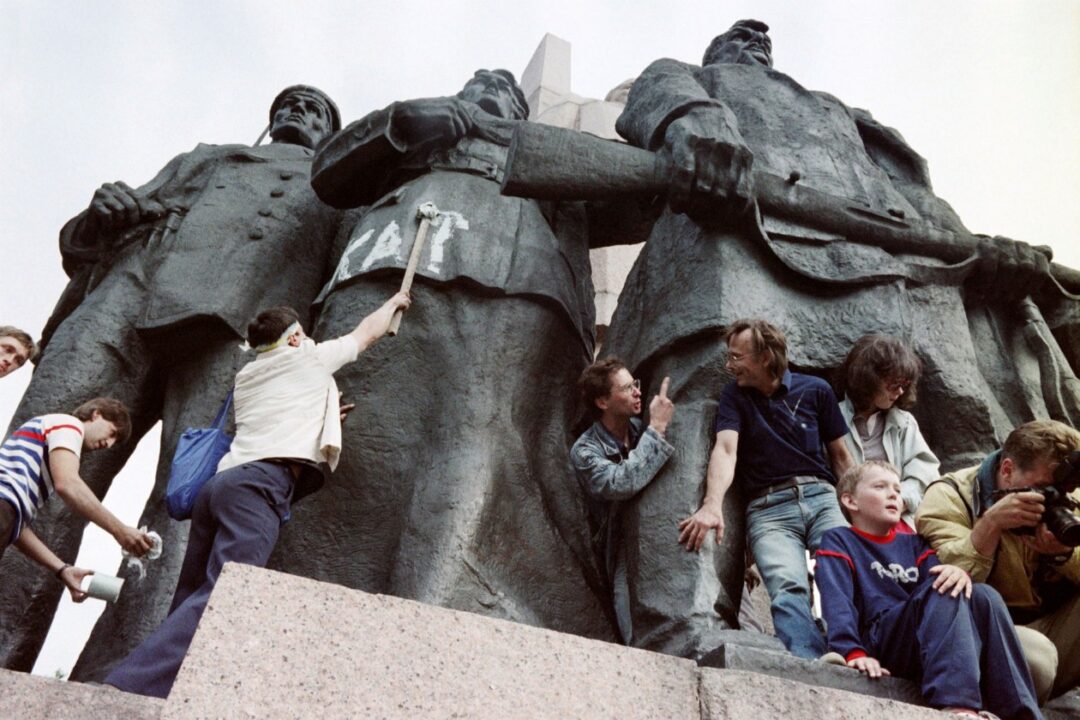 This came in conjunction with the downfall of the Soviet Union. Ukraine and many other newly formed countries were finally independent.

The Russia Ukraine relationship was a bumpy ride after that as well.

The independence of a populated part of the USSR was a big blow to Russian ambitions.

Russia had decent relations with some countries that separated from the USSR, but Ukraine was different.

Ukraine was unique to Russia. Why? Glad you asked it. Ukraine was born nuclear. But wait — there’s more, and it was delivered the 3rd most potent atomic power in the world. USSR’s weapons to fight the USA were all kept in an area now under Ukraine.

You might be wondering if Ukraine was such massive nuclear power. They must have sufficient weapons to destroy Russia in no time. But alas, history is never that simple.

In 1994 Budapest Memorandum made Ukraine surrender/destroy all its nuclear weapons. In return, Russia, the UK, and the USA promised complete independence and sovereignty.

Ukraine was always in a dilemma to choose its alignment with the West or Russia.

Before we proceed, you must know what NATO is.

NATO is a 30 member organization to counter the Soviet Union’s threats. After the downfall of Russia, it tried to repurpose itself to focus on security and defense.

Ukraine has always shown intentions to become a part of NATO, but for obvious reasons, Russia didn’t want it to happen.

So, in 2008, Ukrainian leaders proposed a Membership Action Plan (MAP) for Ukraine’s entry into NATO. Russia didn’t like it.

Russia threatened to point nuclear weapons at Ukraine if it proceeded with its Membership Action Plan to join NATO. Ukraine didn’t listen. Eventually, a couple of such events together created

It seems ironic that Ukraine was forced to destroy its nuclear weapons for global peace, but less than two decades later, Russia was threatening to use the same atomic weapons.

Also, remember we talked about Budapest Memorandum earlier? Russia had promised to respect the sovereignty of Ukraine but didn’t respect it. After all, history is never simple.

The Russia Ukraine relationship further soared when Viktor Yanukovych (Ukraine’s pro-Russian President) was ousted in 2014 after protests across Ukraine.

Russia wasn’t going to remain silent after it. Russia invaded and annexed Crimea. This was the beginning of a tug-of-war between Russia and Ukraine for Cremia.

Russia always wanted to get back to Ukraine. It secretly started preparing for the invasion.

But, another twist. Enters #USA. 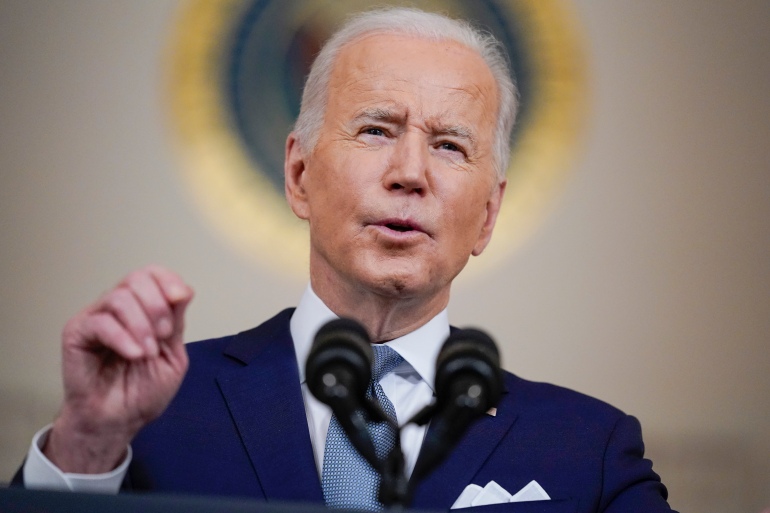 Struggles for Cremia and dissatisfaction with Ukraine’s policies made Russia try to pressure Ukraine in various ways.

Volodymyr Zelensky, as Ukraine’s President in 2019, was not well received in Moscow.

Russia started amassing more than 100,000 troops on Ukrainian borders. After this, the entire war revolves around Russia, Ukraine, the USA, and NATO.

The US and its allies started warning about the possibility of an invasion by Russia. Biden and Putin even discussed and tried to negotiate on the phone. 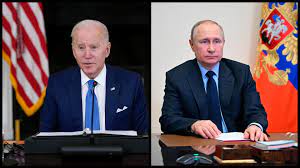 Russia tried to make it look precautionary. Russia later laid down a couple of demands. Some major demands were:

The USA and NATO refused to accept any of those demands.

USA and Russia’s heads of state communicated multiple times to solve the crisis. But nothing worked.

The USA wanted to avoid the invasion. The market instability, rise in fuel and oil prices, and other internal/external factors aligned the USA to prevent the war.

The invasion, which was speculated by many, yet undesired by all but #Russia, started seeming inevitable in February 2022.

Russia amassed more than 200,000 Russian soldiers at the Ukraine borders. Tanks, Aircraft, and artillery are all prepared to tackle anything down.

Russia Ukraine USA politics had a significant role in the Russia Ukraine war. The USA was the first to raise alarms about Russia’s plans to launch an offensive on Ukraine. The leading cause of the war was Russia being unhappy with Ukraine’s alignment with the west and #NATO.

The USA was always involved in the war, not physically but politically and diplomatically. Furthermore, they were engaged in negotiations to de-escalate.

Under Biden, the Taliban’s attack on Afghanistan and Russia’s attack on #Ukraine are the two main fights. The USA is unlikely to send troops to Ukraine.

President Vladimir Putin launched a premeditated offensive on 24th February 2022. It was a simultaneous attack from 3 directions by land, air, and sea.

This is the lowest point of Russia Ukraine’s relationship in the last three decades.

Undeniably, the victims of Russia Ukraine USA politics are Ukrainian citizens and the soldiers of both nations. President Zelensky took to the streets to defend his country as well. In times of war, he showed a natural leader. 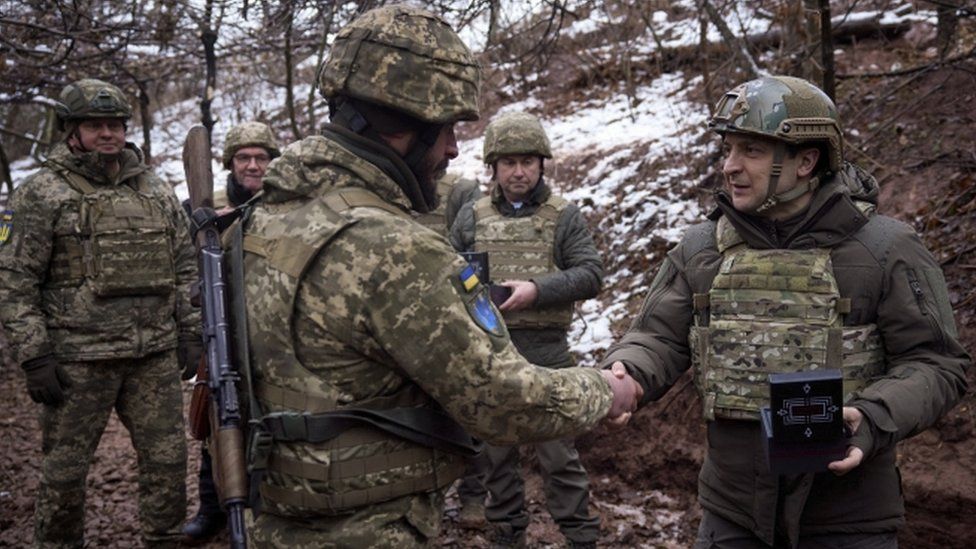 Russia Ukraine’s relationship started in the mid-1800s and has never been strong. Ukraine has seen many changes in power.

It even enjoyed brief independence in the 1900s, before becoming the Soviet Union. After becoming free from the Soviet Union, Ukrainians were hopeful of having peace and complete sovereignty.

Ukraine’s alignment towards the west and its ambitions to enter NATO wasn’t well-received by Russia. Furthermore, the struggle for power in Cremia was the fuel to fire in Russia Ukraine relationships.

Russia decided to sort it all by planning an offensive over Ukraine. The USA gave everything but military support to avoid war.

But alas, Russia, Ukraine USA relationships couldn’t do enough to avoid the war.

We have our prayers with families of martyrs. We hope that the war de-escalates and peace can be achieved in the streets of Ukraine through talks.