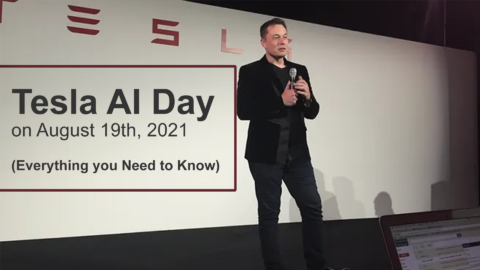 Tesla AI Day on August 19th: Everything you Need to Know

Elon Musk announced the Tesla AI Day scheduled for 19th August. Here’s everything you need to know about it. Tesla AI Day is an event to share the latest developments in technology related to Artificial Intelligence necessary for Tesla’s Full Self Driving Capabilities.

Elon Musk had been hinting at Tesla AI Day for quite some time. On June 22, 2021, Elon tweeted “Looking at holding Tesla AI Day in about a month or so. Will go over progress

with Tesla AI software & hardware, both training & inference. The purpose is recruiting.”

Tesla AI Day will discuss top Artificial Intelligence improvements made by Tesla. Tesla recently shifted to using only Tesla Vision for their Autopilot and FSD.

This means Tesla now does not use  Radar and completely relies on cameras for driving. Most newer cars of Tesla come without Radar hardware and rely on the 8 cameras at strategic locations in the car.

Tesla’s FSD (Full Self Driving System) has been in a lot of controversies, as many people in Industry consider it to be unsafe and/or risky. Elon Musk has tried to justify Tesla’s AI advances time and again.

It is expected that Tesla AI Day will be a really great platform to justify their AI Advancements.

Tesla AI Day will likely be live-streamed on YouTube for people like you and me, similar to how they live-streamed the Tesla Battery Day which happened last year.

Tesla AI Day would also be a great place to market the AI advancements they have made, and thus attract newer talent for Tesla.

As Tesla grows bigger, their newer factories and newer cars would require more and more engineers to build software for their features.

Tesla as in many of its other events would likely share plans about Gigafactory at the Tesla AI Day. Currently, Tesla has 3 Gigafactories in the U.S.A and 1 in China, another Gigafactory is close to ready in Berlin, and a Gigafactory in Texas is also rapidly progressing. Tesla might share plans and progress reports, which would give insights into how Tesla plans to expand its business in the international market. 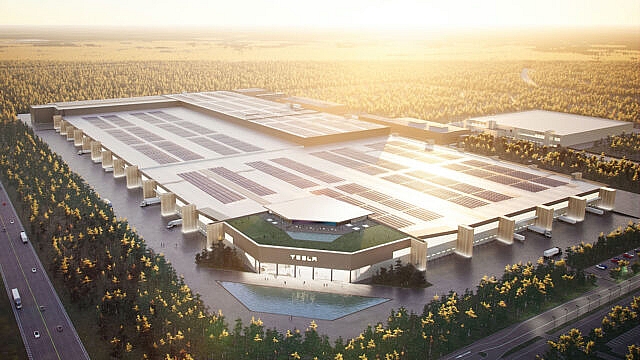 We do not expect any product launches/reveal of new cars at this event, this is primarily because Tesla already has 3 vehicles that were announced long ago and are yet to enter the production, these vehicles are Tesla Semi, Tesla Roadster, and Tesla Cybertruck.

Tesla AI Day would be a huge magnet in attracted new talent to Tesla that is crucial for the rapid development of the Tesla vehicles.

Before Tesla’s AI Day, Tesla has had 2 major events discussing their progress, the Tesla Automation Day and the Tesla Battery Day held in April 2019 and September 2020 respectively.

During the Tesla Automation Day, Tesla announced its Hardware 3.0 which is a new set of hardware for more features and capabilities for Self Driving. 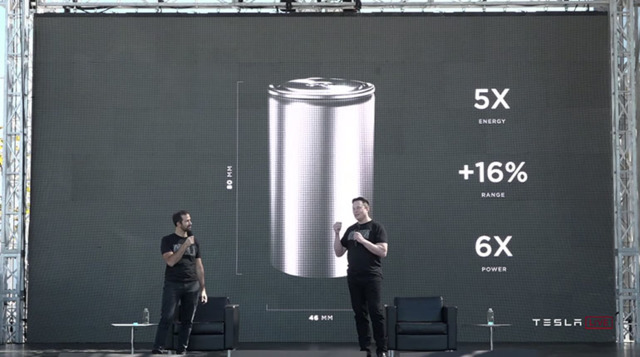 During the Tesla Battery Day last year, Tesla announced the 4680 battery cell technology that was the answer to the range constraints of electric vehicles, but the 4680 technology is yet to arrive in any of the vehicles, and it is not expected to be available for its fleet for the entirety of 2021.

This shows how Tesla makes announcements in 2020 that won’t be available until 2022. The Same can be the case with AI Day.

The AI Advancements and the features that shall be discussed in the AI Day might not be available to the public till 2023 or 2024. So as an enthusiast/viewer I shall recommend you to be patient and not get too excited about the announcements made in Tesla AI Day.

Nevertheless, Tesla AI Day would be really interesting for the entire automobile industry and the engineers who work with AI.