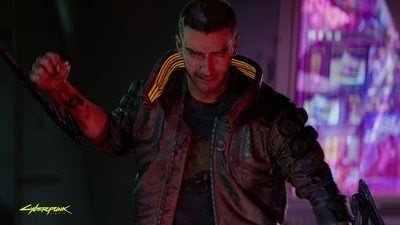 Every Major Game Delayed Due To Covid-19

This year began with some of the greatest games ever announced like Cyberpunk2077,FinalFantasy7 but then Covid-19 struck in and games were delayed.

We have compiled a list of major  games that are delayed and we will keep updating this list.

This is the most anticipated game ever and everyone was so hyped about it. In the announcement regarding its delay, CD Projekt RED simply said that though the game is “finished both content and gameplay-wise,” there is still a lot of work to be done to balance game mechanics and fix bugs.

#Marvel’s #Avengers was supposed to come out on May 15, but Square Enix delayed it by several months. This delay was attributed to ensuring that developer Crystal Dynamics would deliver the “ultimate Avengers gaming experience.” This extra time will be spent fine-tuning and polishing the game.

Dying Light2 can’t seem to catch a break. It was supposed to hit consoles and PC sometime in Spring 2020, but Techland has since delayed it indefinitely, with no word on a new release date. All we can do is stay tuned for more #details in the coming months. Let’s just hope it doesn’t land in #development hell.

Only a few short months ago Final Fantasy Crystal Chronicles Remastered was set to release on Jan. 23. As you can see, that didn’t happen. Square Enix instead bumped the release date back to Summer 2020, and would eventually settle on a date of August 27.

What was meant to be a flagship launch title for Microsoft’s Xbox Series X has been delayed into next year. 343 Industries confirmed that due to COVID-19 and other factors, Halo Infinite needs more #development time to deliver a #game that meets their vision. This news came weeks after #gameplay was shown and received a lukewarm #reception.

We don’t know a lot about #Rainbow #Six #Quarantine,and we may not learn more for a bit now. It was supposed to release before the end of Ubisoft’s fiscal year — April 2020 — but it has since been pushed to an undetermined date during the next fiscal year.

The Dark Pictures #Anthology: Little Hope was originally meant to release this summer, but it was delayed until October 30, 2020. Considering it’s a horror game, this may have been a blessing in disguise for fans. What’s better than playing through a spooky game right before #Halloween?

inXile Entertainment was hoping to have this one out by May, but that just wasn’t in the cards. Again, COVID-19 forced the studio to delay it until the end of August. Thankfully it’s not too long of a delay, and we should have it on out hands this summer if all goes according to plan.

Watchdogs:legion was set to take us to a post-Brexit #London on March 6, 2020, but it was also delayed to Ubisoft’s fiscal 2020-2021 year before settling on an October 29 launch date. Ubisoft CEO Yves Guillemot attributed the delays to give the teams “more development time to ensure that their respective innovations are perfectly #implemented.