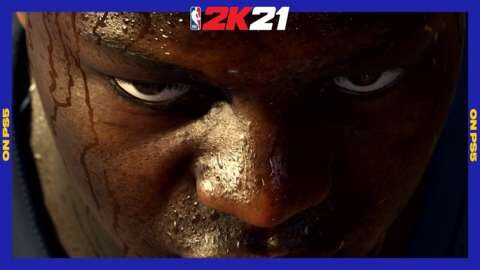 After some delays finally PS5 LIVE EVENT happened and it was worth the wait. A lot of new games were announced. Some of them are covered in Part 1 and this is part 2. Read part 1 here:Best Games Shown At PS5 Live Event Part-1   ASTRO’S PLAYROOM This appears to be the sequel or spinoff of #criticallt acclaimed game,Astro bot:rescue mission. This was supposed to be a VR title but I don’t think this is a VR game. Astro’s playroom will be preloaded on ps5.   DESTRUCTION ALLSTARS. This is a competitive action-sports where teams of 6 destroys #enemys vehicle. If your vehicle is destroyed don’t worry you can fight other on-foot enemy. BUGSNAX Bugsnax is an #adventure game. It consists of talking animals and bugs shaped in the form of fruits, so did you understand, bugsnax??   GOODBYE VOLCANO HIGH Goodbye volcano high is #narrative story driven coming of age game. Trailer showed some characters which appears to be main cast of characters and they try to burn a #mysterious journal and then,highschool drama comes into picture.   JEFF:THE FAR SHORE Superbrothers, finally reveals their new title. Jeff: the far shore appears to be having some #instergalatic travel and much more. Little less is known about games story.   KENA:BRIDGE OF SPIRITS Krna: bridge of spirits is an upcoming #action game that has you exploring vibrant and lush environments. Your character has magical powers and you also have a woodland spirit at your aid which helps you.   LITTLE DEVIL INSIDE Little devil inside is a #openworld RPG game where you play as a young not who travels and kill monsters. It was originally supposed to release in 2015 but it was delayed and now it will be released on ps5.   NBA 2K21 Only a brief footage was shows it was pretty darn impressive. The first look was labelled as “ps5 pre-alpha” but still it is one great game.   ODDWORLD:SOULSTORM ODDWORLD:SOULSTORM is a remake of 1998 oddworld. The story elements are also revised and now it is more action focused game.   PROJECT ATHIA

In project athia, you play as a #mysterious cloaked girl and travels a fantasy world.   RACHET AND CLANK: RIFT APART New ratchet and clank is in works and I hope this will be good. The title suggests that there would be some #inter galactic travel causing chaos or something like that.   RETURNAL Returnal is a third person shooter in which you play as an unnamed girl who lands upon a alien planet and seems to be fighting a demonic creature. There is a time loop and every time you die the environment changes a little bit and some change occurs in character. I hope you liked this post and be sure to read part 1 as well. Read about THE POSSIBILITY OF NEW PLAYSTATION CONSOLES HERE:POSSIBILITY OF NEW PLAYSTATION CONSOLES