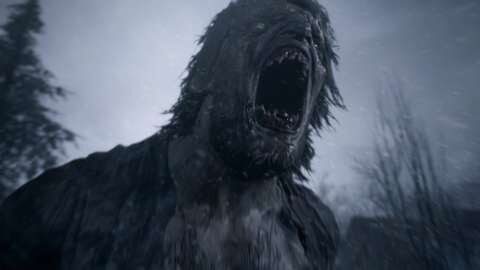 After a weeks delay, finally ps5 live event happened and it was worth the wait. All of the games were great and now I want to survive 2020 to play all these games. These are all the games presented at the event. Read part 2 here:Best Games Shown At PS5 Live Event Part-2 SPIDERMAN: MILES MORALES   SPIDERMAN:MILES MORALES is a follow up of 2018’s spiderman. In this game we play as miles morales goes on a crime fighting journey. It is unclear if it is a sequel or a follow up to 2018’s spiderman but one thing is sure ,it is one hell of a game. Story starts after miles realises that he has spider powers in the end of spiderman(2018). This is going to be awesome game. DEATHLOOP DEATHLOOP is the latest game developed by arkane studios,the creators of dishonored. It shares some similarity to dishonored like guns,grenades and some skills and stealth. It is going to be a ps5 timed-exclusive. In game you are and your partner are trapped on an island and each time one of you dies time reverse. You play as colt,trying to survive on the island. DEMON SOULS. After a lot of rumors,demon souls remake is happening. Demon souls is the first game in souls series. Bluepoint games,after remaking shadow of colossus is finally remaking #demon souls and we all know that ps5 is a powerful console so this remake is going to be awesome. All #souls fan wanted this and now it is happening.   GHOSTWIRE:TOKYO Ghostwire:Tokyo is set in Tokyo. After citizens of Tokyo started to dissapear you come as the hero to find out the #reason. Trailer showed some melee and spell attacks , it seems like the player makes some handsigns that are used as an attack. Trailer also showed some demonic creatures disguised as salarymen on streets of Tokyo. As the #hero you can see and fight these spirits.   GRAND TURISMO7 It wouldn’t be a new #generation console without a new GRAND TURISMO game. We don’t know much about the new game. Only some glimpses of driving was shown in the #trailer but we are sure it is going to be a great experience.   HITMAN 3 Hitman 3 is going to be the final installment in assassination #trilogy. Developers also said that in new hitman #agent 47 will take his most “INTIMATE AND PROFESSIONAL CONTRACT”. Players will have a chance to visit #dubai and other cities as well   HORIZON FORBIDDEN WEST

In this new HORIZON #players will play as ALOY and you will have to discover a cure for a virus that is killing livestock. During the game you need to fight #robotic monsters and you can also explore #underwater and reveal some dark secrets.   PRAGMATA Pragmata is about the journey of a astrounat and a girl with #mysterious powers. Trailer didn’t offered much so we have to wait for more details. The game is set to release in 2020   SACKBOY Sackboy is a fun game. It supports cooperative gameplay so you and your friends can play and have fun   STRAY Stray is set in post-human works where mostly robots live. You play as a stray cat and discover this new socieVILLAGE   RESIDENT EVIL:VILLAGE Capcom has decided to take some bold steps as it is moving forward from #t-virus and zombies. RESIDENT EVIL:VILLAGE is more horrifying and contains more gruesome creatures. Players play as RE7 protagonist, Ethan. You have to find your way through a dark forest and it seems like Chris has made a return but as a villain. It is unclear why Chris is so #antagonist towards Ethan but we will find out soon. Capcom’s new steps have saves the long running series and this one looks more horrifying. There are a lot of games coming in 2021 and now my only objective is to survive 2020 an play all these games in the next year. Read about THE POSSIBILITY OF NEW PLAYSTATIONS HERE:Possibility Of New PlayStation Consoles