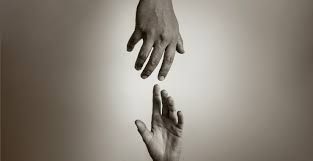 “I do Not Promote Self Harm, Injury or Suicide in any manner, this is a fiction, and it’s not inspired/related to real world in any manner” He woke up around 8 in the morning. Thanked God for what he has. Continuing his intermediate fasting probably he would have the morning tea at 10. But one never know whats the God wishes to do. As lock-down 4.0 was controlling his consciousness more than he should.  And added to this he was a very irritated person not because of his fault but his age. His mom entered his room at around 8:30 asking him to clean his room like other mothers do. But he was not willing for the same. And due to Sunday he got a break from his online class where alteast he could indulge with some of his friends and feel relaxed. But there too there was that one girl whom he wanted but couldn’t talk due to so many restrictions set by him and some unwanted happenings in the past. He recently got a nice recliner cum office chair for his PC which was little big than required but he loved it. He just dont want to keep his IIT advance books in the space near his foot at the PC desk. But as the god wanted something to happen, so her mom took all those books lying on his bed and kept it at the unwanted place. The spark stated from there. His dad generally dont involve himself in his and his mom’s fight. So he just went to the roof for a call and all happened behind him. His mom started shouting like every mom but he was unlike every child who just stop after shouting back. When his anger and frustration accelerated, he dont have a control over his senses. Now all the negative elements were around him and his consciousness. He lost his temper. His mother threw the shorts lying on the bad towards the floor. But than also he tried to be calm himself as before he made a lot of wrong decisions from breaking his cell to trying to end up his relations. But being mad at his anger he stood up threw the towel on PC which fortunately made no losses and exited his room. Before coming to his room his mom removed that big chair out his room for some space. And as he exited he saw it in his front and just pushed it towards the kitchen where recently his mom filled a pot with drinking water as the summer was around the edge. The chair hit with that pot and it disintegrated with all the water was on the floor. And without even thinking for a second he just went to the roof. In between he met his dad and after asking he didnt tell anything to his dad because he has lost his consiousness. He reached the top and nice breeze was flowing and he just sat and cried for atleast 10-15min. But interestingly he took his physics notebook along trying to study but as everyone know the one whose mentally disturbed can’t do that one thing in which he is perfect too. And last night he was disturbed beacuse he couldn’t cry as when he wanted. And that volcano of anger just bursted into tears. After some time his dad came in anger to the top shouting in a low tone for his mistake. Then when he got to know that his dad has gone somewhere and his mom went to a neighbour, he went down and slept keeping his room locked form inside. He couldn’t do anyting other than that. As his eyes wake up he noticed his smart band which showed 12 in the afternoon. He rushed to the bathroom and till this time he didnt have anything in his breakfast. Till this time both of his parents had come. He came fresh after bathing and tried to study for some time. Than he realised  that he is not having his chair in his room nor the headphones with which he used for one of his things PC that he had. After watching where everyone is by his senses, he got out and got the essentials to use his PC. Checked messages of his closed ones, than after he played PUBG which he got addicted recently. But not as a gamer he played for only 20 min or so. Than again he went to sleep. Woke up at 5 with his stomach empty his brain started bursting off. But his ego was that much that he couldn’t go out and ask for food which surely he would get. Disturbed to the fullest form inside feelings and outside tragedies he just now wanted to go from this world leaving behind all the relations. Suicide is a decisions not a mistake!!But decisions can be wrong, so think wisely and be mature with your decisions!! PART 1 just ended..