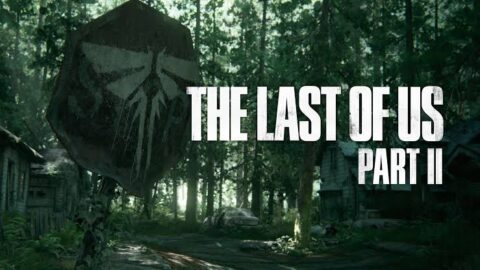 Naughty dogs upcoming and most awaited game THE LAST OF US PART 2 is set to release in June but today MAJOR LEAKS from the games plot and about Ellie’s journey are leaked online. Whole gaming community has overwhelming negative opinion on it as the leaks suggest that the new plot might be more traumatizing than the original plot. We will be telling you about all of the leaks here. BE PREPARED FOR SPOILERS. The clips that were uploaded have already been taken down from YouTube but some of it has survived. In one of the leaked clips Joel is beaten by hands of Abby in a room and Ellie enters the room. Abby was hitting Joel with a hockey stick so we can say that Joel will die in the first half of game. It is also observed that game has a love triangle as well. You play first half of game as Ellie and second half of game as abby(Abby is daughter of one of surgeons Joel killed). Firefly massacre destroyed Ellie’s whole life so she wants revenge. Last of us 2 is hatred driven game ,it is about #hatred and #revenge. #cults attacks Ellie’s #settlement and Jesse is killed during the #attack. Ellie gets angry and goes to cults settlement to wipe out the cults, she meets joel therre, Joel heard about Jesse and came to help Ellie. Abby also finds Ellie on the way as Abby is also hunting the cult, so when Ellie hunts them to Seattle and is #set to #attack them with #joel ,her #group finds them and #attack. Abby kills Joel herself and takes Ellie back to the camp #debating what to do with Ellie since for all her hate she doesnot #blame her for the #massacre. Ellie buchers her group and now Abby #hunts ellie. I think after this we will be playing as Abby and hunt Ellie. Ellie continues #hunting cult while you (Abby) chase her down. In the end Abby and Ellie #fights till death. In the #end you(Abby) kills Ellie, she leaves as she #realize that she has not really “won” in any meaningful way since all she does in game is getting her loves ones killed just because she kills Joel and then Ellie. Ending is much more of a “#cycle #of *hatred” and it is implemented that now Ellie’s friend will #hunt Abby. Basically game is based on #revenge and if you ask me story is shit. It doesn’t make any sense. Whole #gaming community is angry at this plot. It is also implied that there are more “IMMUNES” in the game and after death of #Ellie they would be humanity’s last hope. Jackson is also attacked in the game and dina will also be killed. It is said that there are more #groups called the seraphites and WLF. Some people are saying that this #LEAK was provided by a former employ of naughty dog but we are not sure. The good news is we have a release date now. Well it is up to you whether you want to but it or not but I will not buy it. The #plot is shit , naughty dog ruined a good game again.   READ ABOUT ASSASSINS CREED VALHALLA HERE:Explore england in assassins creed Valhalla