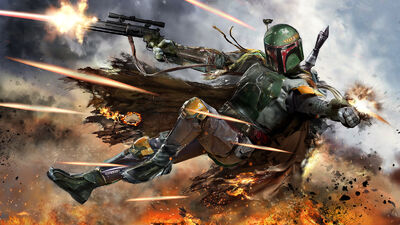 Everything You Ever Wanted To Know About THE MANDALORIAN Is Here…!!!!!

They are feared across the galaxy. Their amazing armor is known everywhere. They have acted as hire guns for biggest and baddest guys in the galaxy but how much we know about MANDALORIANS. EVERYTHING YOU NEED TO KNOW ABOUT THEM IS HERE. #Boba Fett was a man of few words, and he’s probably the most famous #Mandalorian in the universe — even though he’s not ACTUALLY a Mandalorian. As Star Wars franchise writer/ producer/director Dave Filoni says, “Boba Fett is a clone, according to Attack of the #Clones, and by asking [creator George Lucas], he would say Boba Fett is not Mandalorian, not born on #Mandalore. He’s more of a person indoctrinated into it, into the way of life, and gets a hold of the armor.” Boba fett is not a mandalorian so if you thought that he is one of them you were wrong. MANDALORIANS LET THEIR FIST DO THE TALKING: 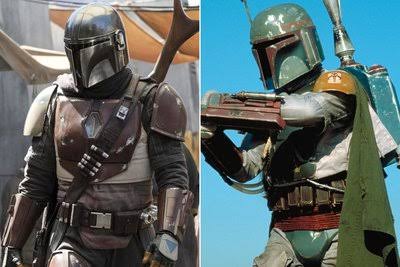 If you know about thing about them is that they let their fist do the talking. They are very good at hand to hand combat. They were based on #SPARTANS but unlike spartans losers are not treated as cowards, in the mandalorian #culture losers are treated with respect who die with bravery. The mandalorians who run from battle and doubt their ability to attack and defend are treated as #cowards. Their history consists of war which led to their fearsome #reputation in the galaxy. MANDALORIANS ARE VERY PROGRESSIVE TOWARDS GENDER ROLES: 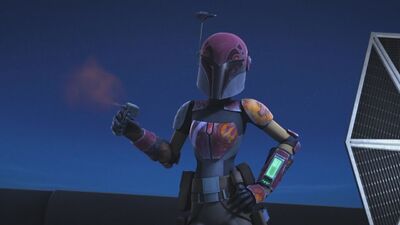 Yes, settling #arguments by fighting is not particularly big or clever, but when it comes to gender roles, Mandalorian culture is surprisingly progressive, and is ahead of the curve compared to the rest of the male-dominated galaxy. #Mandalorians are gender-neutral, meaning there is no #gender division when it comes to roles or #responsibilities. The men and women of #Mandalore hold the same social and legal status, so there’s no bias towards men when it comes to going to war — if you get your ass kicked by a Mandalorian in battle, there’s a 50/50 chance it’s a woman beneath the helmet. On the flipside, Mandalorian men are also expected to help with #childcare as much as the women, which is a bit like going to war every day for 18 years. MANDALORIANS ARE NOT BIG HOME MAKERS:

The war has left their planet in a state of decay. The planet is inhospitable and covered with desert. The mandalorians live in BIO-DOMES with artificial atmosphere. THEIR ARMOR REPRESENT MORE THAN YOU THINK:

That distinctive armour is part of a Mandalorian’s identity — it informs who they are. It’s not just a cool-looking helmet — okay, it’s not not that, but #Mandalorian warriors actually decorate their armour with purpose and meaning. Colours speak volumes about the soldier within: grey armour mourns the loss of a #loved one, red armour is to honour a #fallen parent, black represents a belief in #Justice, gold symbolises an owner driven by #vengeance and the little-seen orange armour speaks to a lust for life. #Boba Fett’s iconic green armour, on the other hand, represents his sense of duty. They don’t just chuck it on, in other words. MANDALORIANS LIVE BY A CODE: Mandalorians are not so much a single race, more a ragtag collection of different #species and #bloodlines, split into various clans but bound by a single truth: adherence to the Resol’nare aka the Mandalorian Code. They don’t do religion, and their government and intergalactic alliances are shaky, but #Mandalorian Code keeps them on the #straight and narrow. If you wish to don the #helmet and represent Mandalore, men and women must obey the six requirements of the #Resol’nare: 1. You must learn and speak Mando’a, the language of the Mandalorians; 2. You must wear the Mandalorian armour with pride; 3. You must defend your family with your life; 4. You must honour your clan and ensure its prosperity; 5. You must answer a rally if called to fight; and 6. Your children must also follow the Mandalorian Code. Not a bad way to live, in all honesty — it sounds like a lot less faff than being a Jedi, anyway. MANDALORIANS HAVE A ARTISTIC SIDE: Mandalorians arw not only dangerous guns for hire but they have an artistic side as well. Mandalorians have #developed their own artistic style:CUBISM. I dont know where they got the idea but it seems pretty cool. In their #drawings they depict war and uses various tools. Mandalorians do have a soft side but they can kill with a brush. MANDALORIANS ARE BIG ON FAMILY: The mandalorians have full faith in their family and they know that any day xould be their last. Having orphans in mandalorian is very common. Whenever someone’s parents die these kids are adopted by someone close to their #family and raised by them. So MANDALORIANS are dangerous and feared acroos the galaxy but they have a soft heart.