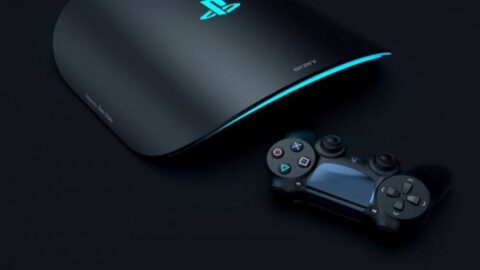 PS7 Release Date, Price & Features? Everything You Need to Know

The PlayStation 5 sold like wildfire. Most users are happy and enjoying it. But, since you are reading this, you likely belong to those who wonder what the next PlayStation or perhaps PS7 will bring to the table.

If that’s the case, then you are in the right place. Yes, PlayStation 7 is real, and there is substantial information available regarding the same. And, we are going to share it with you.

The rumor mill for PlayStation 6 seems to be gaining momentum. In fact, the next PlayStation’s release date could be as soon as 2023. But, we are ahead of the curve, getting you information about the PS7 Release Date, Price & Features.

And don’t take my word for it. Did you know Sony has already filed trademarks for the PS7? Did you know Sony is already hiring to build platforms for future PlayStations? Furthermore, do you know of many hints suggesting that Sony might be planning a Game Streaming-exclusive version of PlayStation?

Wanna know more, stick around and we will tell you everything you need to know about the PS7 release date.

The first-ever Playstation launched in 1994 in Japan, slowly expanding to other countries, reaching America in 1995. The PS5 was released in 2020.

But that’s not true. The PlayStation 6 could be coming as soon as 2023, and the PS7 release date might be somewhere in 2028.

There are a couple of reasons for it to be possible.

The first and foremost reason is that Sony has filed trademarks for Playstation 6, 7, 8 up to PS10. Trademarks are registered to ensure no one copies a given product name. Since Sony has filed for these trademarks, it means that these new products might be close to seeing the light of the day.

Furthermore, for any PlayStation, after the initial hype of a new PlayStation is over, sales start to reduce to a much more modest number. Sony wants to maintain higher sales.

Having a single product fueling sales for 7 years makes little to no business sense. Sony earlier solved this problem by releasing the “Pro” versions. So the PS4 Pro bridges the gap between the PS4 and PS5, giving a much-needed boost to sales.

Sony has confirmed that there won’t be any “PS5 Pro”. But Sony doesn’t want to compromise sales. So it’s likely that Sony would ditch the 7-year upgrade cycle and move towards 3 or maybe 4-year upgrades for PlayStations. This means that the PS7 release date would be in 2027 or 2028.

Have you ever owned a Gaming PC? There was a time when PlayStations gave far better performance than equally priced PCs. However, this has changed. Many similarly priced PC/Laptops today are as powerful as PlayStation. That’s why Sony looks to have a PS7 Release Date sooner than expected. This will help them regain their lead.

Apart from the PS7 Release Date, we have a couple of insights into what to expect from the Future PlayStations.

A sooner than expected PlayStation release date also means lots of extra work to finish products on time. Many new feature deadlines would be pre-planned. Some features might be canceled as well to meet the product launch deadline.

However, we are sure about certain things happening in the future of PlayStations.

PS7 will look quite different from PS5. The PS7 console could look more industrial and compact. After the negative response to PS5’s over-eye-catchy design, customers demanded a much simpler look. Sony

One of the most noticeable things about the PlayStation 5 was its unusually eye-catchy design. While it suited those who wanted to show off their console, it was a headache for others. Such unusual dimensions made it unsuitable for many existing gaming setups. Laying it flat destroyed its beauty as well. Sony will design future PlayStations to be compact and easy to store.

Reports suggest that Sony wants the PlayStation 7 to be small enough to fit into your pocket. Like you, I really hope that this turns out to be true on the actual PlayStation 7 release date.

Even after CDs are becoming less and less common, PlayStation 5 came in a Digital as well as CD variant. Sony will likely keep the same it for the next generation but would ditch the disk version.

We will get to see the first-ever digital-only PlayStation on the PS7 release date.

Game Streaming is the new trend in the world of Gaming. It finishes the need to frequently update hardware. Instead, it relies on geographically distinct server power and just shows the output on your screen. All you need is a periodic subscription.

This could finish the need for Sony to frequently update their consoles, and instead, they enjoy constant revenue thanks to subscription income. Sony is working on Game Streaming exclusive launch but it might be delayed until PS9.

One of the most asked questions after the PS7 release date is the PS7 Price predictions.

PS7 price predictions are the trickiest among all the other rumors. This is partly because prices are decided very close to product launch. Sony will do market research close to the actual PS7 release date to decide final pricing.

But there’s an even bigger and more important reason. We aren’t sure whether Sony plans to launch a standalone console or divert PlayStation towards Game Streaming.

If they divert themselves towards Game Streaming, the initial cost of the console would be significantly cheaper than the PS5. But they will recover the costs from subscription fees. Else, on conventional consoles, it is safe to assume that the PS7 could be the first PlayStation to breach the $1000 barrier.

Though regardless of what you believe, the actual PS7 Price is uncertain until the actual PlayStation 7 release date.

So, I see you skipped through the entire content and reached a conclusion. That’s not right. Go back and read it all. I’ll wait.

No? Okay, never mind, I will summarize everything we discussed in this post to satisfy the lazy you.

We showed that the PS7 release date could be as soon as 2027 or 2028. Sony has already filed trademarks for PS7, PS8, etc. Moreover, Sony is looking to boost its overall sales, so they want frequent PlayStation releases. That’s why they have already started the ground work on PS10 Release Date

Then we discuss features of the PlayStation. The PlayStation 7 release date would possibly unveil the first-ever digital-only PlayStation, a compact design, and quite possibly the first case of adopting Game Streaming by legacy console manufacturers.

As far as price is concerned, the rumors and leaks are quite scanty as compared to PS7 release date leaks. However, it’s safe to assume that if the PS7 is a conventional console, it could possibly be north of $1000.

That’s it, I hope you enjoyed this post, if you think we missed anything let us know, we would love to hear your thoughts and information that we missed.