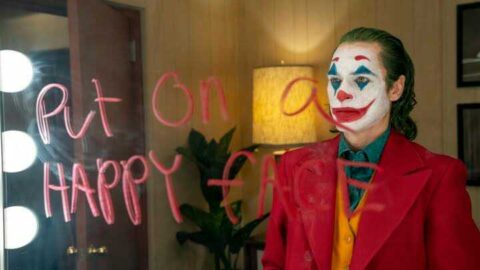 About JOKER AND Why Is JOKER A Potential Oscar WINNER???

Joker was first shown in the VENICE FILM FESTIVAL and it received a 8 minute standing ovation not only this but it is also considered to be a OSCAR WINNING FILM. If you have not watched joker till now then WARNING SPOILERS AHEAD. Joker is not just a comic book movie it actually reflects the harsh truth of our society. In my opinion joker is not a VILLAIN, he is just a person who was made a villian by the society. As you know joker was ABANDONED by society and was treated like TRASH. Todd Philips and Jaoquin Phoenix tells everything that is wrong with this society in a great way. I think that anyone can become joker. 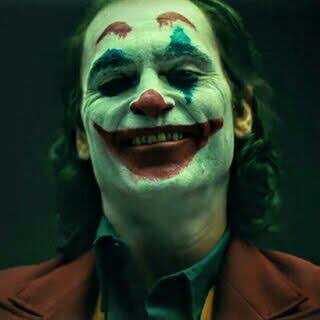 Joker was a failed #comedian who was very #depressed but still endured all the #pain with a #smile on his face. If you remember joker was never shown crying in the film instead he was shown to be laughing in a very #unusual way. Joker was taking shown to be on 7 different medications in the movie. Arthur fleck is the real name of joker in the film. Arthur wanted to become a #comedian but he failed it was also shown that society was the major factor in turning him into a maniac. Society abandoned arthur , nobody cared about Arthur , nobody laughed at Arthur’s jokes , he was beaten by the public. In the opening scene of the movie it was shown that Arthur was dressed as a clown dancing on street with a board in his hand then a few stole that sign board, Arthur chased them then In a alley Arthur was beaten very badly. It shown that people disliked him , nobody acknowledged him and none of the people showed any affection for him. It was like he never existed. All the things that are shown in the movie about the society are true. Arthur was a loner who wanted to make people laugh he didn’t commit a crime. The movie reflects the fact that society abandons loners and treat them like trash. Arthur was not a villian, he was created a villian by the society . what else do you accept from a loner who is abandoned and treated like trash??. The movie is simply on society and tells that anybody can become a villian because of this #rotten society. The film was set in 1981. Todd Philips said that” we tried to show the facts about society that society cannot accept” well he succeded in it. Joker is a #physiological film and is very deep. Joker is considered to be a POTENTIAL CONTENDER FOR #OSCAR and I think why not, the film is a masterpiece it forces you to think about this society and everything that is wrong with the society, the movie makes is fall in love with the villian and we learned a simple fact” nobody is a born villian, every villian is made by society”. According to me joker definitely deserves an Oscar , whole movie was great and jaoquin Phoenix did a lot of hardwork for joker , he lost a lot of weight for joker and his acting was phenomenal. Joker is one of the most iconic comic book villains and his origin is still unknown , Todd Philips also told that they didn’t used any comic for the source material. Joker is a original work and it is great film which reflects a lot of facts about society. It is must watch according to me, you will not regret it. Joker definitely deserves Oscar as it influences the viewers and it is one of the best movie of 2019 not only that jaoquin Phoenix did a great work as joker. So the verdict is that joker is a must watch and you will love it. Jaoquin pheonex did a #awesome job as the twisted maniac. It is definitely a Oscar winner movie. Thanks