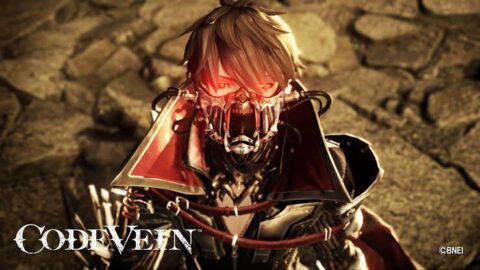 DARK ANIME STYLE GAME IS SET FOR ITS RELEASE.

Bandai is going to release its new #DARK#ANIME styled game”CODE VEIN”. It will be released in September and its made with #UNREAL #ENGINE 4 so its pretty BADASS. Codevein is full of #weapons and #blood and it also have some #mature #content I mean #gore and lot of blood. It also have “gifts” whenever you kill a enemy. It is #leaked that codevein is more difficult than #dark #souls , for those who don’t know DARKSOULS is the most difficult game out there. Code Vein is an action #RPG  set in an post apocalyptic environment and played from a #third person view. Its gameplay is inspired by the #dark souls series of games, also published by Bandai Namco. Very little is known for codevein but its confirm that its great and it is full of blood. It also has a #vast world and you also have some #friends who will accompany you and all of them has different #weapons. That’s all we know till now but be ready to jump into a new #universe.