2019 TOYOTA SUPRA: THE RACER IS HERE WITH A HIGH HORSEPOWER

Milyin  »  Creations  »  2019 TOYOTA SUPRA: THE RACER IS HERE WITH A HIGH HORSEPOWER 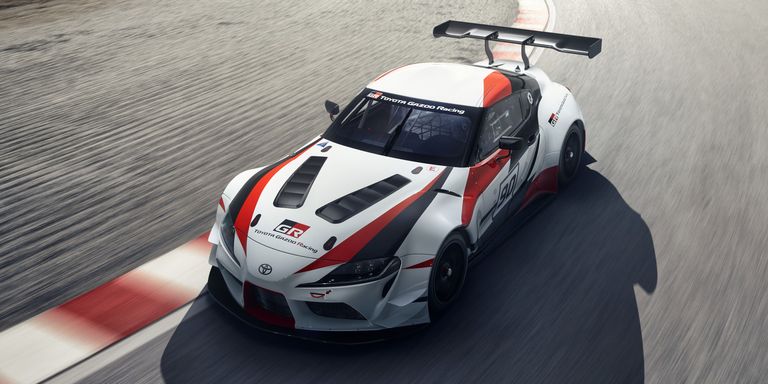 Toyota re-entered the rear-wheel drive sports car game with the 86 (née Scion FR-S) back in 2012, and now it’s got something bigger in the works. Something that fans have waited a long time for—a new Supra.

We knew for some time that Toyota was developing a new sports car in partnership with BMW, but at this year’s Geneva Motor Show, the good news was confirmed. The car will wear the Supra name, and hopefully, carry on a long tradition of rear-wheel drive, straight-six powered sports cars.

But while Toyota confirmed it was bringing the Supra back, there are still a lot of unknowns. Toyota didn’t actually show the Supra at Geneva—it showed the GR Supra Racing Concept, a race car that previewed the eventual street car. So here, we’ve compiled what we know about the 2019 Supra, plus some of the more credible rumors we’ve heard.

It’s Being Co-Developed With BMW-
The production Supra will be the result of a BMW-Toyota collaboration first announced in 2012. The two companies are working together on engines and lithium-ion batteries, and a new rear-wheel drive platform.

We’ve already seen the concept form of another car set to ride on this platform—the next BMW Z4 roadster, which debuted at Pebble Beach last summer and promises to be a legitimately excellent sports car. BMW is reportedly targeting a sub-3200-lb curb weight for the Z4, which is good news for the Supra set to share its platform. We think the Supra might be available as a hardtop only, since we haven’t seen spy shots of any soft-top prototypes testing, so it’s possible the Supra might be even lighter.

It doesn’t sound like the Supra and Z4 will be exact twins, though. Speaking to Dutch site AutoRAI, Toyota Europe R&D chief Gerald KillKill said that the Supra will get its own unique chassis tuning. Killmann also revealed that most of the development work on the Supra was done by Toyota in Japan, so there’s some actual distance between it and the Z4.

One advantage to a partnership with BMW is the access to smooth, straight-six power. Toyota didn’t say what was powering the race-car concept shown at Geneva, but Supra chief engineer Tetsuya Tada heavily implied that the road car would get an inline-six. Speaking at a roundtable on the sidelines of the show, Tada-san said that Supra fans he spoke to were insistent that the MkV come so equipped.

Specs, we’ll have to wait for, however. In its March 2018 issue, Japan’s Best Car magazine reported that the Supra would have a 3.0-liter turbo inline-six with 335 hp and 332 lb-ft of torque with an additional 37 lb-ft on overboost. Those figures match BMW’s 40i engine, as used in the M240i and other cars in its lineup.

There’s also rumors that the Supra could receive four-cylinder power too, but Tada-san declined to confirm this. He also didn’t rule out the possibility of a future hybrid variant, but it sounds like the car will debut with a turbocharged straight-six. As it should.

The Supra GR Racing Concept is also now playable in Gran Turismo Sport, and Jalopnik notes that the car has 591 horsepower in the game. Does that mean the Supra street car will have nearly 600 hp? Probably not, since this is just a race-car concept in a video game. We think mid-300s more likely. 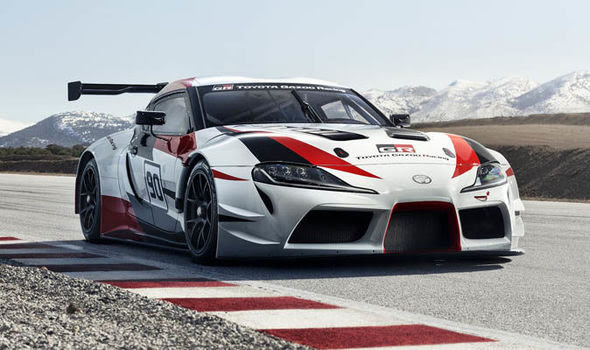 We heard rumors that the Supra could go all-wheel drive, but at Geneva, Tada-san confirmed that the MkM will be rear-drive, like all Supras before it. He has some experience developing rear-drive cars, as he was the chief engineer of the Toyota 86.