Mahindra has updated the XUV500 for the second time since its introduction back in 2011. The flagship received a cosmetic update with a revised powertrain in 2015. And now, the Indian carmaker has launched another refreshed version of the SUV with a revised styling, added features and an upgraded powertrain. It becomes more premium on the outside and gets a new top-spec W11 variant as well.

The updated XUV500 gets a new fascia with refreshed radiator grille with mesh motif decorated with chrome inserts. The grille extends over to the air-dam which is separate on the current model encompassed in a chrome finish. The headlights have been tweaked and get projectors with LED day-time-running-lights strip on top. The fog lamp design appears to be the same as on the older car but there is a subtle deletion of chrome around it. At the rear, the tailgate has undergone a comprehensive update. The tail lights are triangular in shape with a new LED signature lighting. It extends on to the tailgate instead of being wrap-around. The new tailgate spoiler gets a newly integrated stoplight as well

On the inside, the refreshed XUV500 gets quilted leather upholstery on the W11 trim. Besides that, there is a piano black finish for the centre console as well as leather inserts in the door cards. The dashboard gets an all-black theme with soft-touch faux leather trims. The new model also come with aluminium foot pedals to add an element of sportiness. The overall layout of the cabin remains the same as the previous model.

The new and updated XUV500 continue to compete against the likes of Renault Captur, Tata Hexa, upcoming Hyundai Creta facelift, and some variants of the Jeep Compass. Its priced between Rs 12.32 – 18.98 lakhs ex-showroom. 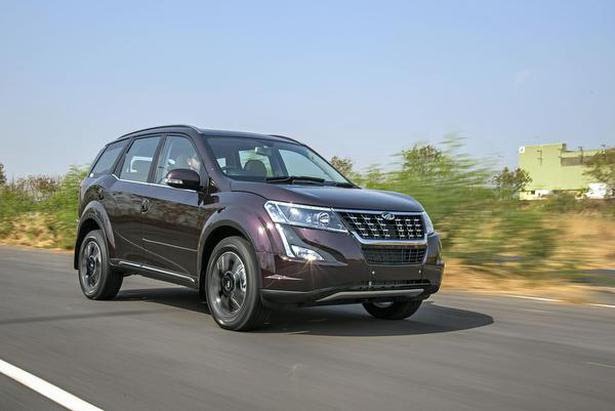