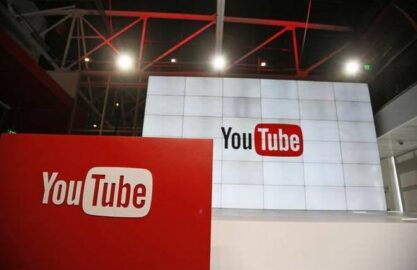 12 Best Youtube Channels In India: Most Subscribed Youtubers (2019) Imagine what if you can get all the latest tweaks of Youtube.                     Be always updated in the social wire on Youtube. We have made it simple for you. Or even Better: So the day has finally arrived you to tell that “Which are the most subscribed Youtube channels in India?” You can contact us for providing the latest freaking news on Youtube, by just mailing us on travelonatory111@gmail.com So first of all let’s jump ride into our today’s hotline topic……… 1) BB KI VINES – The Whole New Sensation BB, his full name ‘Bhuvan Bam’, started his channel ‘Bb Ki Vines‘ in the month of June, 2015. Exactly 3 years from now, he has been uploading maximum of 2 videos in a month. He has now over 8 Million subscribers. Actually he can be considered as the second most growing Youtube channel in India, after the Amit Bhadana. His story was like this that he got boost of views which broke out in an  university in Pakistan. He has also been a music artist. He used to sing in a bar in Mumbai. He is known for his 14-15 other voice characters. He will be the first Indian indivisual Youtuber who will be achieving 10 Million subscribers.  This Youtube channel has been amongst the best youtube channels comedy and funny. https://www.youtube.com/watch?v=Zqv5CBWt9yA 2) Amit Bhadana – The Fastest Grower In Youtube Industry The fastest, I mean the craziest and the beast in the Youtube industry in India, is one and only Amit Bhadana. He and his team within 50 videos on Youtube completed more than 7 Million subscribers. Though he had a channel from 2012, but he started posting the videos in early 2017. He has been one of the most loved creator in the country. He started with uploading videos on Facebook, from which he became famous. https://www.youtube.com/watch?v=1EbB7mNMFCw 3) Technical Guruji – The Biggest Tech Youtuber In India Gaurav Chaudhary, also known as in the tech world ‘Technical Guruji’, has been constantly ranking as the Best Indian Tech Youtuber since 2016. He has been uploading videos on his channel since 18th October,2015. In India, he has been an inspiration of lots and lots of people. Because of his hard work and dedication, many people have started showing their interest in Technology. He is currently living in Dubai. He has currently more than 6.7 Million Subscribers. Quick Thought: His channel is the second biggest tech Youtube Channel after Unbox Therapy. He just passed away Marques Brownlee(MKBHD). https://www.youtube.com/watch?v=P3ksifJUgyY 3) T-Series: A 100 Million Subscribers T-Series is the biggest YouTube Channel in the world. This music label, has thousands of Bollywood Songs. After lots of hype and months of battle, it defeated PewDiePie to become the biggest YouTuber in World. T-Series is quite popular, and has wonderful songs in all genres for people belonging to all age groups. This channel has a huge fan base in India and Every True Indian Should watch and Subscribe this wonderful channel. 4)Sandeep Maheshwari – Recognized Because Of Motivational Speeches and Thought Process Sandeep Maheshwari, the biggest of all. He is considered as the biggest motivational speaker in India for hindi language. His tactic and business minded mind reached out in front of hefty amount of people. He actually started his Youtube channel in 2012 but came into action in  2015.  Quick Thought: He is recognized as the biggest Youtuber who have not monetized their channel. He said in a session that if he had monetized his channel, he would be able to generate an income of 40-50 Lakhs per annum. On his channel, he has crossed more than 5.7 Million Subscribers latest. https://www.youtube.com/watch?v=o7mdzUtCZPw 5) Ashish Chanchlani Vines – The Funniest Vines Creator No words for this guy… But we have to continue. Because of his consideration and never giving attitude, made him to the top 12 list. This guy is out of this world in comedy and making people laugh. Ashish Chanchlani started his career in Youtube in freaking 2009, but started uploading videos later. He has crossed more than 5.3 Million Subscribers on his channel. This guy is also known as the biggest fan of MARVEL. https://www.youtube.com/watch?v=Y6l6ZvAIl70 6)Nisha Madhulika – The Cooking Beast All of us know how food is important to us, otherwise we will not get energy. The food department in the Youtube Industry is absolutely with Nisha Madhulika Ma’am. She also has been uploading videos for a long time. She also created her channel in 2009. Hands off to her for so much patience. She is really devoted to her work. She is now able to engage a total subscribers more than 4.5 Million. https://www.youtube.com/watch?v=vE2Wxf-_AtA 7)FactTechZ – The Hidden Gem Who is FactTechZ? What type of videos he produce?  Believe it or not, the identity of this person who is making videos on FactTechZ is unknown. No one knows who is he. But this person is doing a really very good job. He is providing us with the all interesting, strange, mysterious, unbelievable facts. Actually this channel is only about animated or screen cut videos. This channel has achieved subscribers more 4.3 Million latest. This channel was started in July 2016, which is pretty now only. Good efforts have been made by this person in delivering extra-ordinary knowledge with simple props. https://www.youtube.com/watch?v=baBZQW8d5r0 8)Sanam – The Kings of Songs Sanam, which is a music band by 4 core-members-Sanam Puri, Samar Puri, Keshav Dhanraj & Venky S. This band was founded in August 2012. Since then, they have been producing high quality songs for the public officially and on their channel. Most of their songs are absolutely hit. They have been doing record breaking songs. This channel has achieved more than 4 Million subscribers. https://www.youtube.com/watch?v=uLTfIm5aptQ 9)Harsh Beniwal – Another Genius Comedian Harsh Beniwal has been trending among public for a long time on Youtube. Most of his uploaded videos come definitely on the trending list. He is very passionate about his work and has a very big team involved in his success.  Especially the young generation loves his artist  videos. Latest, he has more than 3.4 Million Subscribers. His channel comes under BrandzUp (VCOI Digital Media PVT. LTD.). He started his channel in 2015.  https://www.youtube.com/watch?v=BAp-LNDkGOg 10)CarryMinati – The Non-Veg Indian Speaker CarryMinati, I think the most youngest Youtuber on this list. He started posting videos his channel at the age of 16!! This sounds very nice. At such a young age he is able to engage that to a lot of subscribers. He made his channel in the 2014, when he was just 14 years old.  He has as many subscribers as of Harsh Beniwal, i.e more than 3.4 Million Subscribers. He has the biggest Indian Roasting channel, as like PewDiePie. 11)Kabita’s Kitchen – Another Cooking Beast She is the another cooking beast in the whole Youtube Industry. She focus on creating and posting recipe videos which are easy to recreate and can be cooked with the ingredients which are easily available. She started with her channel back in 2014, which has achieved new heights. She looks very confident and has very much potential to create any recipe on the planet Earth. She is currently having more than 3.2 Million Subscribers. https://www.youtube.com/watch?v=7f_FcgMCIiU Salute to all these creators. They have been working hard day and night to provide with their best. I think you will now able to get through all of them. These creators were the best Youtubers in India.

Also there is one more thing, if you want some tips on how to start your channel on Youtube and take it as a career, then click here.