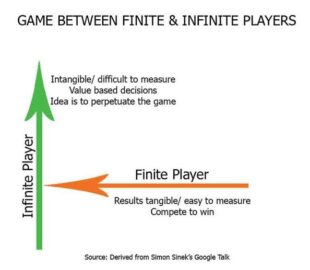 How to Become a Infinite Player: Finite and Infinite Game Explanation