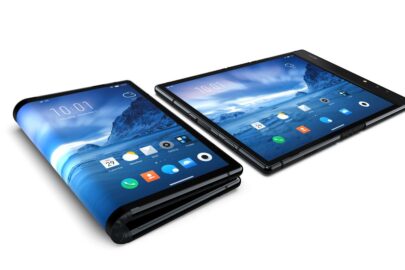 List of All The Companies Planning Foldable Phone You Should Know

With Foldable Phone trend coming up, we have compiled a list along with timeline for all the companies and there foldable phone plans. These companies include, Apple, Samsung, Huawei, LG, Xiaomi, Oppo, Nubia etc.The leader in the list of companied planning to launch foldable smartphone, probably is Samsung, is there Galaxy Fold, already unveiled and people can’t wait to have it in hand. It’s outer screen measures 4.6 inches, while the inside screen features a tablet-like 7.3-inch screen. A sophisticated hinge system controls it, and many people have spotted and are worried about the crease. Samsung has been working on this technology for years now, and regardless of it’s implementation, the software is just not ready. Google has announced well in advance that they would be having advanced support for foldable displays in next version of Android, but it would still take time for all websites and apps, to be able to switch from a tab to a phone form factor smoothly, added is the fact that Samsung uses it’s own skin. Samsung has never been very good in software, but S10 catched up, though it doesn’t feel like the Foldable phone has it in consideration. Moreover it is quite expensive when compared to other phones.   The next in the line as you would expect is Huawei. Huawei Mate X is a great phone by looks, it is less expensive as compared to Galaxy Fold, and it has quite a different screen implementation when compared to Samsung Galaxy Fold, it has a outward fold. Here the phone folds out and the small screen itself becomes a part of the larger screen upon unfolding, as it had been shown in public a while back, it’s hinge and crease are quite visible in the implementation. The implementation has a mechanical hinge, and a button to unfold the phone. The company had allowed hands on the phone to selective group of people, though some design changes can definitely be done even now. One of the problem that no one has been able to solve, is that all manufacturers can bend the display but none have been able to fold it. This means upon folding the phone doesn’t sit flat, it curves along the hinge. Unlike paper it is quite thicker at crease and thinner at other portion. Keeping such a phone in pocket would give it a peculiar shape.   Apple thinks that heat is the solution for this problem, this comes from a patent of Apple, though it is uncertain how Apple will implement it or if it would use the foldable system at all, but it would be interesting if they do. According to the application, “the bend axis may be self-heated by illuminating pixels in the portion of the display that overlap the bend axis or may be heated using a heating element or other heating structure that provides heat to the portion of the display overlapping the bend axis.” Apple has had many patents with themselves. And simply having patent doesn’t mean that they would necessarily use the principle in there products. As far as the rumours are concerned, Apple is planning for conventional form factors of iPhone this year, and it may be that they release a foldable phone in 2020. Heat is good solution, because heat will cause the display to become bendable. The cold displays can easily crack but that is not the case when heated. The heat has its own problems, heat can demand more power from battery, and it always have a threat of damaging other small components around the heating element. Apple co-founder Steve Wozniak is hoping that a foldable iPhone will be announced in the near future.     LG has it’s own unique implementation of there display. Rather than one large foldable display, it has a system of connecting 2 displays, it has it’s LG V50 ThinQ, which is the first 5g phone. The display can be attached to it, LG either is not totally up for doing the foldable display, or they think that they can lure customers by showing a 5G phone with 2 displays. It is easy to fold large in size, and can hold 2 apps at the same time. It is flexible, and can fold 180 degrees, making it more versatile. It’s release date and cost are yet unconfirmed.   Xiaomi releases a new phone every now and then, there Mi Mix 3 had a mass appeal because it allowed full screen display using a weirdly satisfying Slider. They want to the same magic with the foldable phone. They have designed a dual hinge display, where the display is 2 fold, you fold the display from 2 edge, outward, getting folded in half. It is a unique design and for some people it is trouble some because you have to fold from 2 places before it gets done. Sony is also planning for there foldable smartphone, patents reveal that they are planning for a foldable and a rollable smartphone. Though they don’t seem to be having a aggressive approach for the same. Motorola the brand famous in the era of flip phones wants to make a comeback with Razr. They are planning a new device with foldable display rather than a capacitive one. #foldable #smartphone #Samsung #Apple #Huawei #Xiaomi #LG